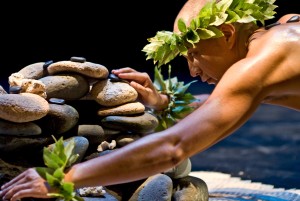 The Maui Arts & Cultural Center will present the Maui premiere of the dance theater work, Pōhaku, by Christopher Kau‘i Morgan & Artists at The MACC’s Castle Theater at 7:30 p.m. on Thursday, April 14. 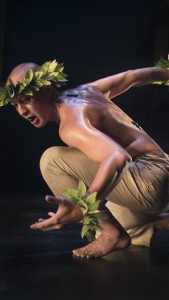 The work incorporates Morgan’s own stories that are relevant to Hawai‘i’s living culture from the perspective of a first-generation, part-Hawaiian, born and raised in California as a result of Hawaiian out-migration that continues today.

Pōhaku represents Morgan’s first choreographed work that incorporates his Native Hawaiian background and its cultural traditions along with his modern dance training.

Choreographer Morgan danced hula as a child in California, far from his family’s native Hawai‘i. As Morgan developed a body of work in modern dance, said to be “charming and poignant” by The New York Times, he longed to connect his native Hawaiian artistic and personal roots to his contemporary work. Inspired by Morgan’s late cousin, Kumu Hula John Kaimikaua (1957–2006) Pōhaku premieres one decade after his cousin’s passing, and nearly as long since the piece was first conceived.

This premiere of Pōhaku represents the culmination of The MACC’s first performing arts residency, which took place over two weeks last summer. A work-in-progress preview performance of Pōhaku was held for the public in the Castle Theater at the conclusion of Morgan’s residency. 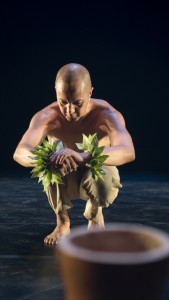 About Christopher K. Morgan & Artists
Christopher K. Morgan & Artists (CKM&A) is a professional contemporary dance company founded as a vehicle for Morgan’s choreographic exploration of social and cultural issues. The company provides a creative outlet for its artists through virtuosic and expressive dance performances that give audiences an opportunity for self-reflection. CKM&A works to demystify contemporary dance through community dialogue and online video content. CKM&A also provides professional and pre-professional opportunities through educational intensives, workshops and university residencies, through peer-to-peer artist facilitation and by commissioning the work of other choreographers.

Christopher founded CKM&A in 2011; the same year Dance Magazine profiled him as one of six breakout choreographers in the United States. Collaborating with musicians, composers, visual artists, and dancers, the work of CKM&A truly embraces the word ‘Artists’ in its title. The company was named Washington DC’s Best Dance Company in the 2015 CityPaper Reader’s Poll.

In addition to directing CKM&A, he is the dance artist in residence at the University of Maryland, and director of the Dance Omi International Dance Collective, an annual collaborative choreographers’ residency in New York. Christopher has adjudicated for numerous American College Dance Festivals, served on multiple panels for the National Endowment for the Arts, Maryland State Arts Council and the McKnight Foundation, among others.

Recent awards include a “2013 Native Arts & Cultures Foundation Fellowship,” a “2014 Maryland State Arts Council Individual Artist Award for Solo Dance Performance,” being named one of the top “100 Creatives in the United States” by Origin Magazine in April 2015, and the “2015 Montgomery County Executive’s Award for Outstanding Artist.”

He and his husband, opera director Kyle Lang, reside in North Bethesda.

Pōhaku is a NPN Creation Fund project co-commissioned by The MACC in partnership with Dance Place and the National Performance Network. Additional support provided by the County of Maui and the Mayor’s Office of Economic Development, the Hawai‘i State Foundation on Culture and the Arts, and Capezio. 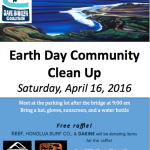 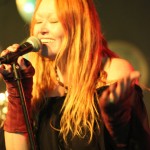