Crime Stoppers has renewed its plea for tips in an unsolved murder at Kaʻa Point on Maui, and friends of the victim have also posted a $10,000 cash reward for information leading to an arrest and conviction in the case.

Police launched a murder investigation following the discovery of a body in the brush area between the shoreline and Amala Place in Kahului at around 12:30 a.m. on Saturday, March 19, 2016. Maui police identified the victim as Michael Colby, 39, of Kahului, and say he appeared to have sustained injuries.

Colby’s pickup truck, a dark blue Ford Ranger with a white camper shell was parked along Amala Place, just west of the Kite Beach parking area, and within close proximity to the crime scene.  Authorities say the windows, windshield and turn signals on the victim’s pickup truck had all been smashed.

Friends say they raised funds to establish a hotline for tips related to the case, and will use the funds to offer a $10,000 cash reward for information leading to an arrest and conviction. Anyone with information can call the hotline at (312) 809-MIKE(6453).

Maui Crime Stoppers is also soliciting tips and is asking that anyone with information call (808) 242-6966. Maui Crime Stoppers pays cash rewards of up to $1,000 for information reported anonymously leading to the arrest and indictment of people responsible for felony crimes; the recovery of stolen property or seizure of illegal drugs in felony cases; or the capture of felony fugitives.

“We will not let this murder stand as an unsolved crime,” a close friend said in an email communication to Maui Now.

Colby was described by friends as a talented watercolor artist.  On his Etsy profile page, where some of his artwork was posted for sale, Colby stated that he grew up in San Diego and attended Palomar Community College, Art Center College of Design and San Diego Art Institute.  His artwork included plein air, watercolor landscapes, color theory and life drawing.

In his Etsy profile, Colby stated, “Moving to Maui was one of the best decisions I have ever made. It affords me the luxury to paint some of the most beautiful diverse landscapes and people I’ve ever seen. Personal quote: ‘Taking a photo is fine, but if you spend a day gazing at it, talking to your subject, and recording it with a brush… well, you will never forget what you saw.'”

Family and friends are in the process of commissioning two memorial benches in Colby’s honor–one at Orpheus Park in Encinitas, CA where he grew up, and one in Pāʻia at the Pāʻia Youth & Cultural Center.

Local artist David Thomas Ryan is constructing a large-scale skateboard in wood for dedication and installation at the Center on Aug 17, which would have been Colby’s 40th birthday.  Colby, who was described by friends as a talented artist, donated one of his paintings to the PYCC in the past.

Fellow artist, Carolyn Quan is donating her talents to create a tribute of her own in the form of a large-format print of her work featuring Colby, one for each memorial bench dedication ceremony.

Friends have also established a donation page to cover the costs associated with the memorials.

While the beach area along Amala is a prime spot for kite surfing, Colby was drawn to the location in the past as a subject for his landscape paintings.

Despite its natural beauty, the county has reported challenges relating to homelessness in the Kanahā area as well.

While there has been no link established, Maui Now reported on a separate murder about five years ago not far from the recent crime scene. On Christmas Day 2011, a murder investigation was launched at a site less than three tenths of a mile to the west near the Wastewater Reclamation facility. In that case, the body of a 57-year-old man was found with severe head trauma. 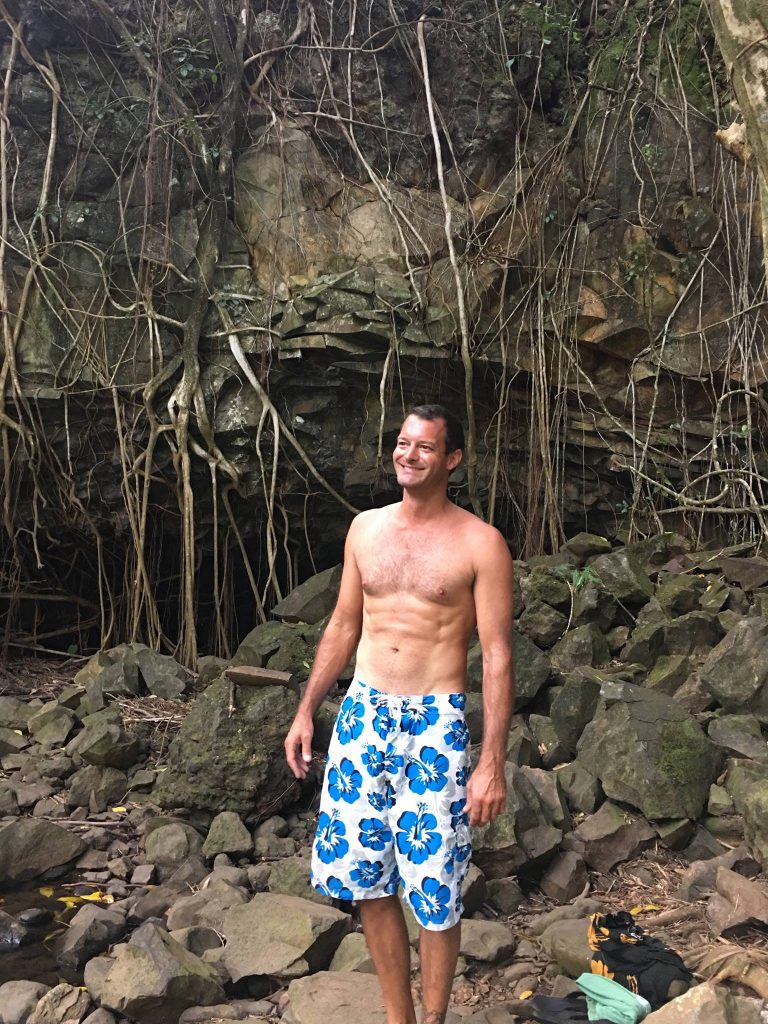 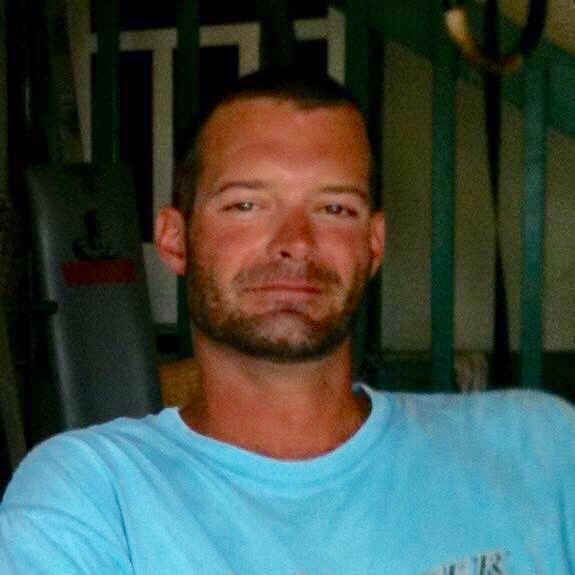 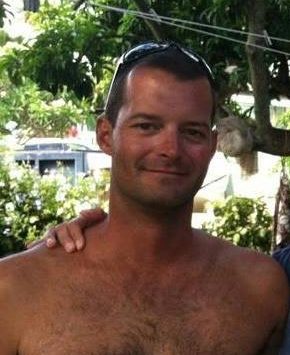 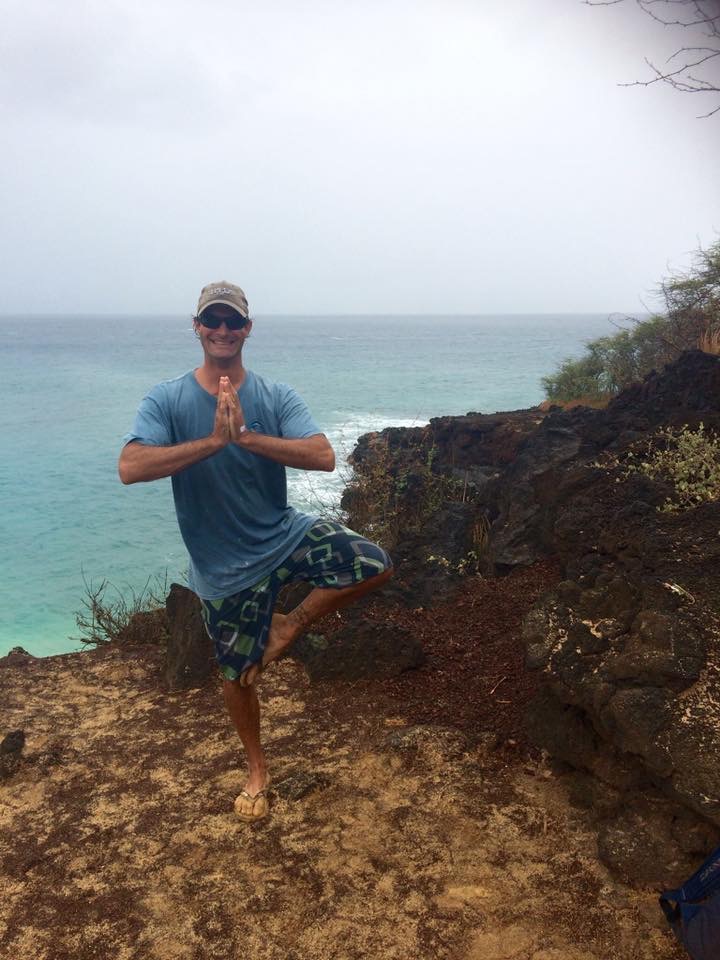 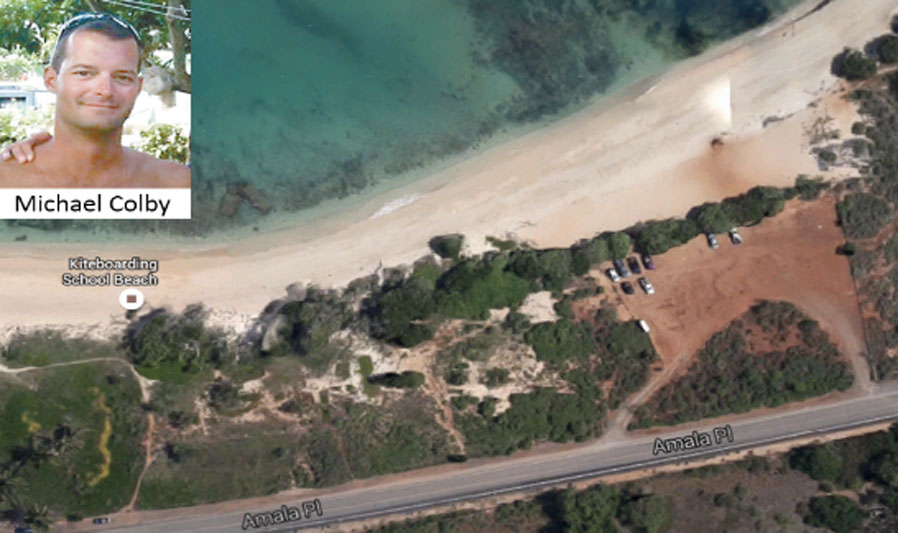 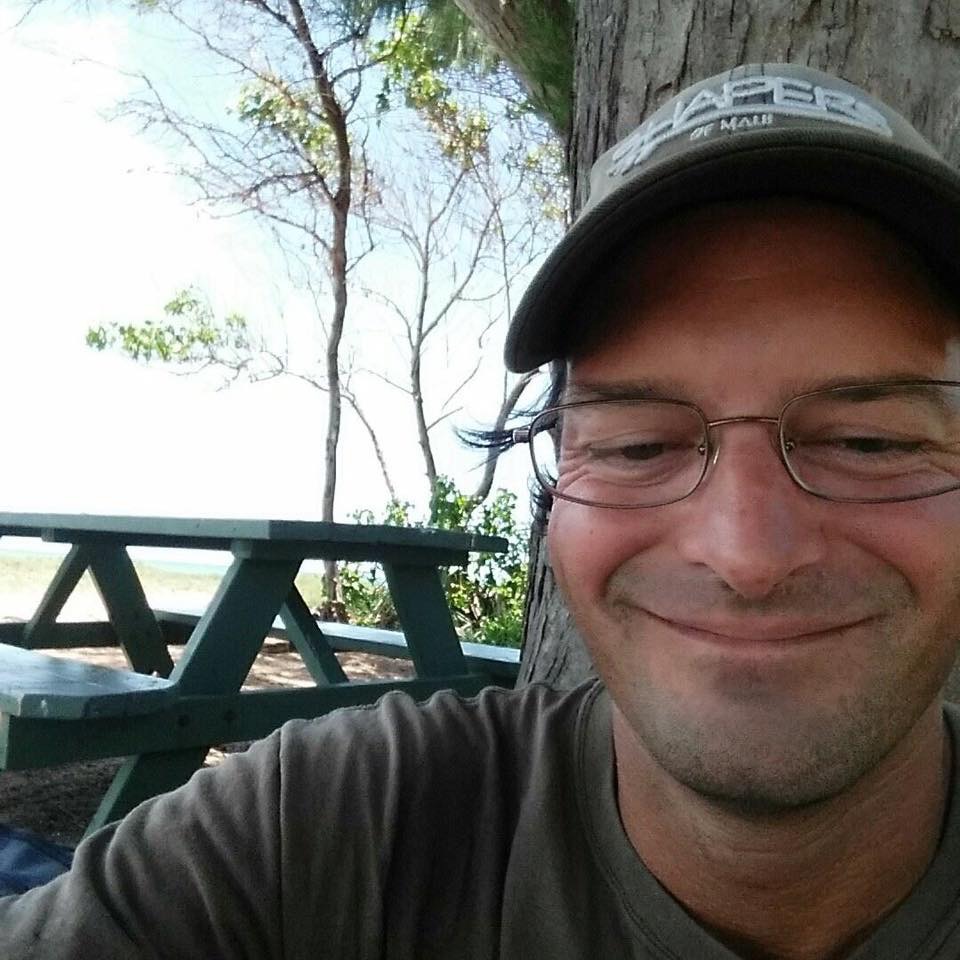 Colby donated one of his paintings to the Pāʻia Youth & Cultural Center in the past. Courtesy photo. 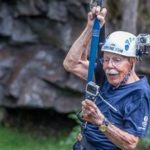 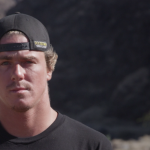 Maui's Albee Layer: "In Between Giants"