At 12:21 p.m., rescue crews were called to Kapalua Bay for three kayakers needing assistance getting back to shore. An ocean safety rescue watercraft made contact with the kayakers about 200 yards downwind of the point of the bay and towed all three back to shore. According to department reports, a 37-year-old female and her 13-year-old son started out from Kapalua Bay, but got caught by the 15 to 20 mph tradewinds pushing them out to sea. The third kayaker was an employee from the rental kiosk that paddled out to assist them while the kiosk called for help. They were back on shore at Kapalua Bay by 12:40 p.m. The mother and son are visiting from Laguna Beach, CA.

At 1:07 p.m., fire and ocean safety personnel responded to two swimmers that were having trouble getting out of the water at Oneloa Beach in Kapalua. Fire officials say three teenage males jumped from the cliff into the water on the east side of the beach and had intended on climbing back up the rocks. An 18-year-old Maui teen was successful and climbed up safely, but the other two 16-year-olds’ from Upcountry Maui, were having trouble in the rough ocean surf and current. The teen who made it up the cliff asked a bystander to dial 911. Ocean safety personnel arrived with their rescue watercraft and grabbed one teen from the water, while the other had already managed to scurry up the rocks. The rescued teen was taken to DT Fleming Beach where paramedics checked on him for minor abrasions and possible water aspiration. The other teen did not require medical attention. 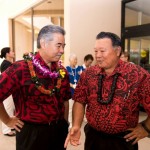 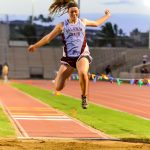