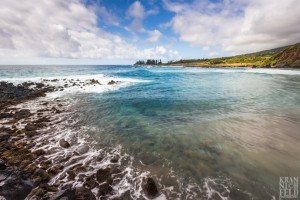 The Hawai‘i Tourism Authority released visitor statistics for Maui, the Neighbor Islands and the state as a whole for March 2016.

More visitors stayed exclusively on Maui (+8.1%) compared to March 2015, topping the list other Hawaiian Islands for exclusive stays in March 2016.

Among the three other major Hawaiian Islands, O‘ahu visitor arrivals (-.8%) and visitor expenditures
(-.5%) declined slightly in March 2016 compared to the year prior.

Hawai‘i Island experienced a small drop in visitor arrivals (-1.1%), but increased visitor expenditures (+1.1%) for the month.

Total visitor arrivals to the Hawaiian Islands in March 2016 set a new record for the month with 786,262 visitors representing a small increase (+.8%) from the previous year, according to preliminary statistics released today by the HTA. Total visitor days were up slightly (+.6%) from March 2015.

Visitor arrivals by cruise ships dropped (-53.2% to 6,874) in March 2016, as five ships came to the islands versus eight ships in March 2015. In addition, the Hawaii home-ported cruise ship was in dry dock for refurbishment the first two weeks of March, resulting in two voyages not being offered that would have attracted about 4,000 visitors by air to Hawaii to tour the islands.

“Hawai‘i’s tourism industry is fortunate to have enjoyed a strong first quarter, one that has the state ahead of last year’s record-setting pace,” said George D. Szigeti, HTA president and CEO. “However, success in tourism is never guaranteed from year-to-year and even month-to-month. We all know too well in Hawai‘i how rapidly tourism’s prospects can falter due to factors beyond our control.

“Our marketing of the Hawai‘i travel experience must continue to be aggressive, innovative and targeted to position the Hawaiian Islands as a preeminent destination with today’s global travelers,” Szigeti continued. “To do any less would be irresponsible to the interests of all the families and businesses statewide who rely on tourism’s continued success.

“More than marketing, it’s the aloha, hospitality and commitment to celebrating the Hawaiian culture by our residents and tourism industry professionals that sets these beautiful islands apart from our competing destinations,” said Szigeti. “We will continue to strive for that important balance of welcoming our visitors, protecting our environment, supporting the industry and respectfully honoring our culture. Mahalo everyone for contributing to tourism’s success and making Hawai‘i such a wonderful place to live and visit.” 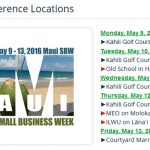 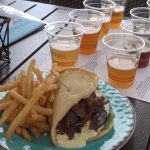 Tap Takeover for a Day at Pailolo Bar & Grill