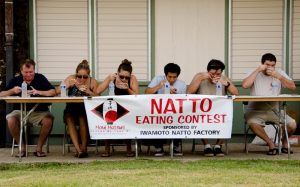 The Let’s Dance bon odori workshop is scheduled for Friday, May 6, at 7 p.m. in the University of Hawai‘i Maui College’s Pilina Building.

The Maui Matsuri festival is slated for Saturday, May 7, at 2 p.m. on the UHMC’s Great Lawn.

Admission to all three days is free.

The art contests, sponsored by HouseMart Ace Hardware and Ben Franklin Crafts Maui, include both manga and traditional art divisions, which are open to grades three through 12. Submit work either on the day of the festival, via mail, or at one of the drop-off locations.

Cosplay contestants may compete in both the picture-based and live showcase contests. Early registration is encouraged to maximize exposure; at least 50% of cosplay costumes must be homemade.

The Gaming Card contests feature both Pokemon and Yu-Gi-Oh tournaments.

The Video Gaming contest will be fought over Super Smash Bros. 4 for Wii-U.

Maui Matsuri’s eating contests have been ongoing for over a decade and will again feature Sam Sato saimin and Iwamoto natto.

The Maui Matsuri festival is presented by the Japanese Cultural Society of Maui with major support by the County of Maui and Hawai‘i Tourism Authority, and major sponsorship from Island Honda, IBEW-Local Union 1186, Maui Taiko and UHMC.

Full prize details, contest rules and entry forms are available on the festival website or by calling the Maui Matsuri hotline at (808) 283-9999. 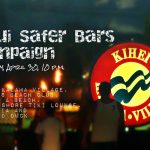 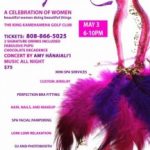 Amy Hanaiali‘i to Host Pamper Me Event, May 3