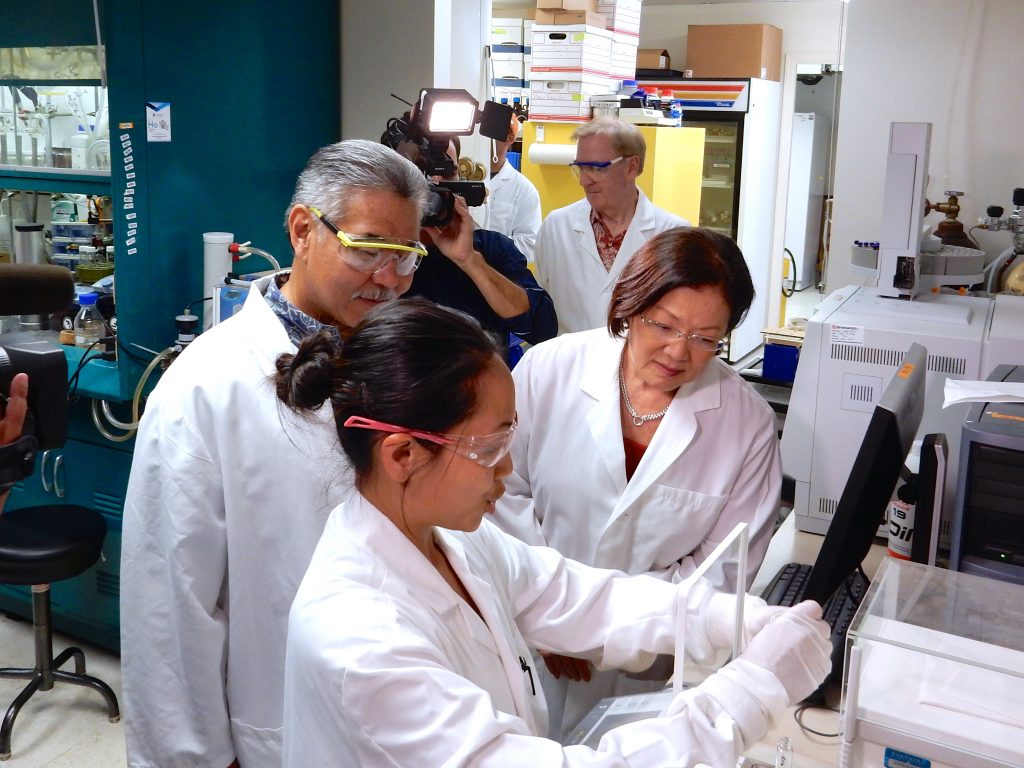 Hawaiʻi government and health leaders on Monday called for increased public awareness and additional federal resources to prepare for and fight the Zika virus in Hawaiʻi and across the country.

US Senator Mazie K. Hirono and Governor Ige also got a firsthand look at Hawaiʻi Biotech’s work to develop a Zika vaccine.

“As Hawaiʻi continues to recover from the recent dengue fever outbreak, we must act before the Zika virus poses a major threat to Hawaiʻi families,” said Senator Hirono in a press release.

“Bringing together Governor Ige and Zika experts today underscored that we must ensure first responders, state and county governments, and pioneering scientists like Dr. Parks have the necessary resources to face Zika head on. Stopping a widespread U.S. Zika outbreak requires a comprehensive approach and that’s why I’ll continue to push for action on the President’s emergency funding request to fund vector control, education programs, and vaccine development in Hawaiʻi,” she said.

Governor Ige also commented saying, “We all have a stake in preventing the Zika virus and other mosquito borne illnesses from taking hold in Hawaiʻi. We must continue our collaboration and coordinated statewide fight against these illnesses, and with much needed support from the federal government, we will work to reduce the risks here in Hawaiʻi and across the country.”

Dr. Pressler said that although Zika is not currently circulating in Hawaiʻi and there have been no locally-acquired cases, the mosquitoes that can transmit Zika – the same species that transmit dengue fever and chikungunya – are found in Hawaiʻi. On that note she said, the virus could be brought into our state by an infected traveler if precautions are not taken.

“All of the cases identified here have been travel-related and infected while outside of Hawaiʻi, and the risk of imported cases increases as we head into warmer summer months and peak travel season. It is crucial for infected individuals to avoid mosquito exposure for three weeks upon their return home. The Department of Health aggressively investigates all reported cases of Zika to reduce the possibility of the disease spreading in our state,” said Dr. Pressler.

State Administrator of Emergency Management Vern Miyagi thanked Senator Hirono for highlighting the dangerous potential for a Zika outbreak in Hawaiʻi. “The recent fight against Dengue has prepared us for Zika however we must continue our efforts to eliminate the mosquito vector. County, state, and Federal agencies can provide support and guidance, but success can only come as the result of a strong and sustained community effort to eliminate the mosquito vector and its breeding grounds,” said Miyagi.

“It’s important for Hawaiʻi to prepare now in order to prevent or minimize a Zika outbreak,” said Chris Crabtree, Interim Director of Emergency Services, Healthcare Association of Hawaiʻi Emergency Services. “HAH Emergency Services has been supporting the efforts of the state and community partners during the dengue outbreak, and is prepared to do the same for future outbreaks of any infectious disease including Zika. Active preparation can prevent or reduce the health impact of disease outbreaks and increase the safety of our residents and visitors. We support any increase in aid to fight Zika.”

Dr. Elliot Parks, CEO of Hawaiʻi Biotech, Inc. said the facility strongly supports Senator Hirono’s call for the Federal government’s leadership in the battle against the Zika virus. “Hawaiʻi Biotech is working diligently to rapidly develop a safe and effective vaccine to protect all of us from this dangerous virus,” he said.

In Hawaiʻi, there are nine confirmed cases of Zika since 2015, which includes a case of an infected infant born with microcephaly, a serious birth defect directly linked to Zika. On Friday, the first US death caused by Zika was reported in Puerto Rico.

Senator Hirono is an original cosponsor of federal legislation that would fund the President’s emergency request to provide resources for education and outreach programs, shore up Hawaiʻi health care workers’ response to Zika, increase Hawaiʻi vector control programs, and support the work of companies like Hawaiʻi Biotech, which is racing to develop a Zika vaccine. 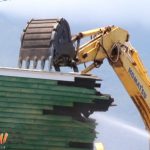 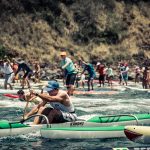