Maui Electric Company requested permission from the Hawai‘i Public Utilities Commission on May 5 to begin the process of acquiring approximately 40 megawatts of dispatchable, firm power generation by 2022.

Approximately 20 MW would come from renewable resources and 20 MW from fuel-flexible resources.

The request is part of MECO’s long-term clean energy strategy that include the planned retirement of its 68-year-old Kahului Power Plant as well as other changes impacting Maui’s available power generation.

· The retirement of Kahului Power Plant units 1 through 4 (36 MW) to meet environmental regulations, targeted by the end of 2022 and no later than November 2024.

· The desire to find an alternative to address community concerns about upgrading the overhead transmission lines in the South Maui area to mitigate current under-voltage issues.

The next steps in the process are: the PUC opens a docket leading to MECO issuing a request for proposals for generation under the PUC’s competitive bidding rules; and for the selection of an independent observer to oversee the process.

The RFP will provide detailed specifications and a timeline for the generation solicitation process.

MECO expects to be able to meet the near-term forecasted demand for power with existing generation. But to ensure reliable service over the long-term, MECO must have enough firm generation reserves available to serve the expected peak demand of electricity usage at any given time, including when some units are unavailable due to planned maintenance or unexpected problems.

If no new firm generating capacity is added when Kahului Power Plant is retired, the reserve margin of generation during the peak demand period of the year is projected to be less than 13 MW, or about 6% in 2023.

A prudent reserve margin for Maui’s small, standalone grid—one that includes a lot of variable wind and solar generation that isn’t always available—is about 30%.

If the need for new generating capacity occurs later than originally projected, the process can be slowed, but if the demand for power on Maui increases, MECO said it is very difficult to speed up the process, so it is prudent to start this process soon. 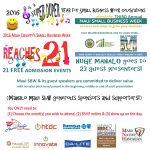 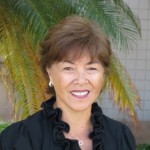