Merriman’s helped make Mother’s Day special for many moms on May 8, with a special, three-course Sunday brunch.

The menu included lobster deviled eggs, house-made bread and a choice of five entrées, like miso-glazed pork belly with Kauai prawns, filet mignon Loco Moco and chermoula Mahi Mahi. Moms could also enter to win a $150 gift certicate to the neighboring Spa Montage, or score a copy of chef/owner Peter Merriman’s premiere cookbook, Merriman’s Hawai‘i, The Chef, The Farmer, The Food, The Islands.

Peter Merriman is widely known as a founder of Hawai‘i Regional Cuisine, ushering in the farm-to-table movement almost 30 years ago. That movement has seen a healthy amount of growth in recent years, as more supply feeds higher demand, which in turn spurs more supply.

“It’s like winning, winning, winning,” smiles Horsman, who says more availability of local, fresh ingredients is key. “The progression for us is being able to see all the different products that are coming to market. Everybody being part of the movement, it’s really helped other businesses spring up.”

Along with the food, Merriman’s is sporting a new look on its lanai, called “The Point,” which features sweeping views of Kapalua and Napili Bays. There’s new furniture, sustainable wood decks and music on Fridays and Sundays. Happy hour runs from 3:30 to 5 p.m. daily, featuring drink specials and food items from “The Point” menu.

A small garden grows alongside the patio, with fresh herbs and produce incorporated in the kitchen and at the bar.

“I’m really starting to use a lot of the things we grow in our cocktails,” explains Horsman, who introduced “The Daily Muddle,” a drink that showcases a different local product weekly that’s sourced from the garden, a supplier or an employee. “This week it’s Surinam cherry, last week it was a lemon-honey scotch drink, and the week before it was cherimoya.” 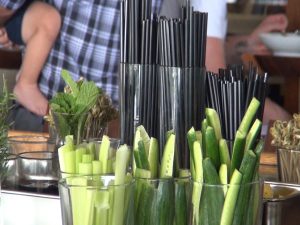 Fresh drink ingredients at the bar at Merriman’s Kapalua. Photo by Kiaora Bohlool. 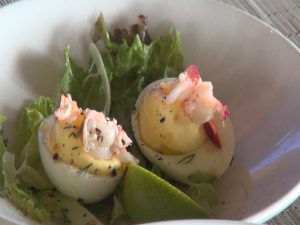 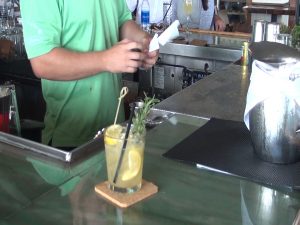 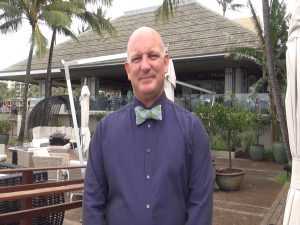 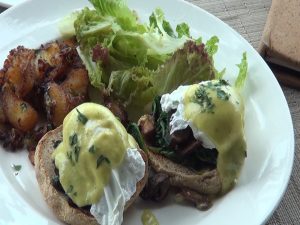 Florentine Benedict, on the brunch menu at Merriman’s Kapalua. Photo by Kiaora Bohlool. 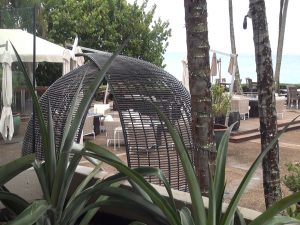 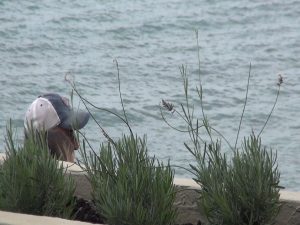 Overlooking the ocean at Merriman’s Kapalua. Photo by Kiaora Bohlool. 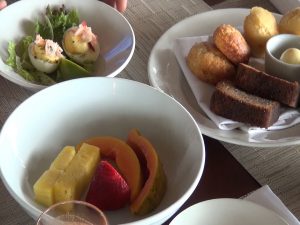 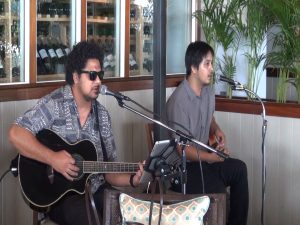 Live music during Mother’s Day brunch at Merriman’s Kapalua on May 9, 2016. Photo by Kiaora Bohlool. 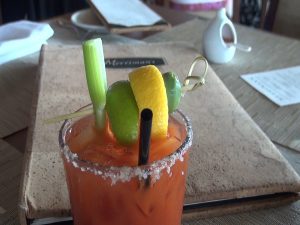 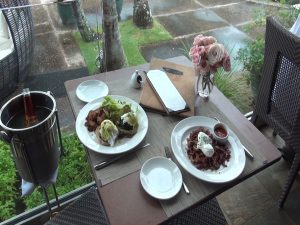 Brunch on the table at Merriman’s Kapalua. Photo by Kiaora Bohlool. 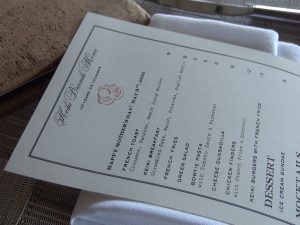 While Merriman’s Kapalua has been racking up culinary honors for years, other members of the restaurant group have also been recognized. For instance, Monkeypod Kitchen in Wailea landed the 2016 ‘Aipono Award for Restaurant of the Year. And Horsman says by the end of this year, it won’t be the only Monkeypod on Maui.

By “over there,” he means the former Maui Fish & Pasta Company site (next to Hula Grill) at Whaler’s Village in Kā‘anapali, which also housed Rusty Harpoon back in the day.

Peter Merriman is also introducing a new concept to Kaka‘ako on O‘ahu with a spot called Moku Kitchen to open next year, which has been described as a cousin to Monkeypod.

The Merriman’s family also include the flagship Waimea restaurant on the Big Island of Hawaiʻi, Merriman’s Fish House in Pōʻipū, Kauaʻi. and Monkeypod Kitchen by Merriman at Ko Olina Resort on Oʻahu.  Learn more here. 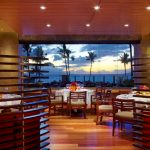 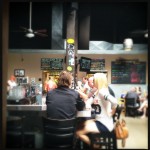