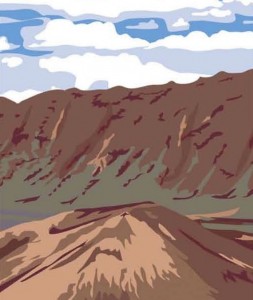 The deadline for entries for the Hawai‘i National Parks 2016 Centennial Juried Exhibition at the Maui Arts & Cultural Center’s Schaefer International Gallery has been extended to June 30, 2016.

The MACC’s Schaefer International Gallery, in partnership with the National Park Service, is holding its first national call to artists to enter a national juried exhibition celebrating the centennial anniversary of the state’s national parks.

This unique exhibition, scheduled for Aug. 28 through Oct. 20, 2016, will highlight an appreciation for the skills and creativity of artists, and the essence of Hawai‘i’s national parks.

Artists are encouraged to submit new work that conveys their personal interpretation of environmental, ecological, cultural and political ideas. The jurors will consider a broad range of work—from traditional representation to experimental in concept.

“We’re extending our application period to give our artist community a greater opportunity to be part of this important exhibition,” said Schaefer Gallery Director Neida Bangerter.

“Schaefer International Gallery received a proposal in 2012 by staff members at Haleakalā National Park, bringing our attention to the Hawai‘i National Parks 2016 centennial, in conjunction with the National Parks centennial,” said Bangerter. “Our anticipation of this exhibit continues to grow and we look forward to its focus that will highlight the importance of Hawai‘i‘s National Parks.”

Bangerter is working with Polly Angelakis, chief of interpretation and education at Haleakalā National Park, who will serve as a consultant on the exhibition development and the history of the parks and its collections.

There will also be a Centennial Festival at Haleakalā National Park’s Kipahulu District in July 2015.

This is Schaefer International Gallery’s first national call to artists to submit their work for consideration by jurors.

Applications will be accepted online only through CaFÉ. An exhibition prospectus is available online.

Artists are asked to create work that is inspired by the following Hawai‘i parks and monuments:

Entries will be accepted from residents living in the US.

There will be $2,500 in cash awards to be presented to selected artists—The Jurors Choice Award for $1,500 and two honorable mentions of $500 each.

The awards are sponsored by Haleakalā Ranch. The exhibition is supported in part by The Hawai‘i Pacific Parks Association and Friends of Haleakalā.

Exhibit related programming is scheduled for Saturday, Oct. 1, 2016, through another “Observe and Play Family Day” event, which will offer families an opportunity to come through a guided gallery tour, meet the artists and engage in an art-making activity.

Jensen holds BA (art history) and MA (arts administration) degrees from the University of Wisconsin-Madison. He has organized many exhibitions, including the first four Biennial of Hawai’i Artists exhibitions at The Contemporary Museum (1993, 1995, 1997, 1999) and Artists of Hawai’i 2013 and Artists of Hawai’i 2015 at the Honolulu Museum of Art, retrospective exhibitions of Hawai’i artists Tadashi Sato, Satoru Abe, Claude Horan and Hawai’i-born Chicago artist Ray Yoshida, as well as solo and group exhibitions of national and international artists. He serves on the boards of the Jean Charlot Foundation and Hawai‘i Craftsmen.

Kanakaole works as a content consultant and kumu hula. A Hilo native raised in the hula tradition, she actively teaches hula for Hālau O Kekuhi, as well as being the artistic director for the Edith Kanakaole Foundation.

Passionate in raising an awareness about the native culture, she works as a cultural/artistic content consultant for Sig Zane Designs. Currently, she is in a master’s program in sculpture, working on an exhibition of traditional pa‘u (dancing skirts) and conducting content research for upcoming projects. 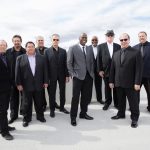 Tower of Power at The MACC Sunday, May 15 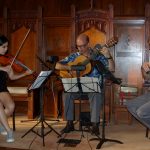