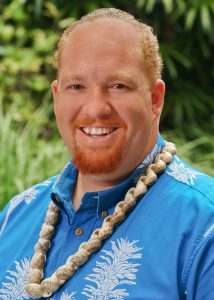 The Hawai‘i Tourism Authority has appointed Kalani Ka‘anaana as its director of Hawaiian Cultural Affairs. He began work on June 6.

“Kalani is deeply committed to the Hawaiian culture on a personal, community and educational level,” said George D. Szigeti, HTA president and CEO. “He brings to HTA a vision and energy that will help guide us in supporting programs and issues that are key to perpetuating our islands’ native culture.”

“I was drawn to this position because of its significance to the Hawaiian community and to all the people of Hawai‘i,”Ka‘anaana said. “I see the responsibilities as a great opportunity to promote increased dialogue and collaboration, and to elevate our native culture authentically in our largest industry.”

Born and raised in Kailua on O‘ahu and fluent in the Hawaiian language, Ka‘anaana is involved in a multitude of community activities. He serves as the head coach and secretary of the board for the Kai Oni Canoe & Athletic Club. He is a board member of the O‘ahu Hawaiian Canoe Racing Association and the head coach of the Kailua High School Paddling Team.He is also a hula dancer with Halau Mohala Ilima. He formerly served as first vice president of the Kailua Hawaiian Civic Club.

Before joining HTA, Ka‘anaana served as coordinator of Clinical Health and Community Programs in the Native Hawaiian Health Program at The Queen’s Health Systems.

An alumnus of Kailua High School, Ka‘anaana graduated with distinction from the University of Hawai‘i at Mānoa, earning BA degrees in both Hawaiian Language and Hawaiian Studies.

His honors at UH-Mānoa included serving as a student marshal for the Hawaiinuiakea College of Hawaiian Knowledge. 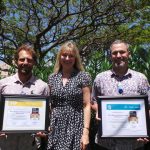 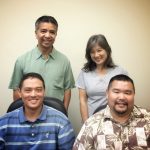