Firefighters were called to a report of an unresponsive person pulled from the water at Hamoa Beach in East Maui at 2:03 p.m., on Friday July 1, 2016.

Hana firefighters arrived 10 minutes later and found that bystanders had pulled a 54-year-old male from the water after noticing the man floating face
down and motionless in the 2 foot shorebreak.

Fire officials say the man did not appear to have taken in any water.

The man, a visitor from San Mateo, California, was able to talk to firefighters when they arrived to treat him.

He said he was not able to get himself out of the water after he was knocked over by a wave and hit his head on the ocean bottom.

Paramedics treated the man and transferred him to a helicopter medevac standing by at the Hana Airport, where the man was flown to the Maui Memorial Medical Center in serious but stable condition. 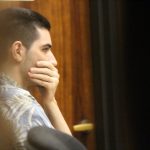 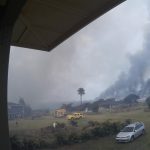