Karen M. Kapua, 53, formerly a lieutenant of the Kauaʻi Police Department, pleaded guilty today in federal court to one count of stealing $25,000 belonging to the County of Kauaʻi.

The theft constituted a violation of federal law because the County of Kauaʻi received federal grants of more than $10,000 annually, including grants from the US Drug Enforcement Administration, according to information compiled by the US Department of Justice.

Florence T. Nakakuni, United States Attorney for the District of Hawaiʻi, said that according to information produced to the court, Kapua admitted cashing a $25,000 check on Dec. 5, 2014, made payable to her by the County of Kauaʻi, and earmarked for vice section operations, and converting the money to her own use.

Kapua, in her former position as lieutenant in the Kauaʻi Police Department’s vice section, was authorized to request County of Kauaʻi checks to obtain money to make undercover purchases of narcotics.

As part of the plea agreement, Kapua pleaded guilty to only one offense but agreed that she was responsible for the theft of a total of $75,000.

Kapua will face a term of imprisonment of up to ten years, a fine of $250,000 and restitution when she is sentenced on October 31, 2016 by Chief United States District Judge J. Michael Seabright.

The case was investigated by the Federal Bureau of Investigation, with the assistance of the Kauaʻi Police Department, and is being prosecuted by Assistant US Attorney Larry Tong. 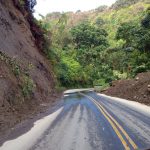 Hāna Hwy Back to Normal After Weekend Landslide