A Kahului rescue and hazardous materials crew were on scene at 1:08 p.m. and discovered an oil slick in the Kahului bound lane of Pūlehu Road, about 3⁄4 mile below the Ōmaʻopio Road intersection.

Fire officials described the slick as 6 feet wide and stretched for about 150 yards around a sharp turn in the road. It was estimated around 10 gallons had been spilled.

Three vehicles that were Kahului bound lost control and skidded across the centerline as they rounded the turn. One vehicle ran head-on into another vehicle traveling in the opposite direction. No one was seriously injured, according to department reports.

Fire crews soaked up the spill with absorbent granules and waited until County Public Works employees arrived to pick up and dispose of the hazardous waste.

It’s unknown who or what caused the oil spill. Police closed Pūlehu Road while the clean up was conducted. 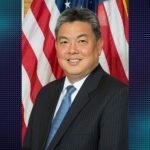 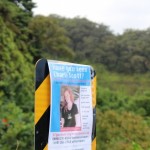