Kīlauea Lava Enters the Ocean for First Time Since 2013

Lava from the Kīlauea volcano reached the ocean early Tuesday morning for the first time since 2013.  The ocean entry was made at 1:15 a.m. on Tuesday, just over two months since the flow started.

The Hawaiian Volcano Observatory reports that the narrow ocean entry was creating a small plume of gas and steam during an overflight as the lava came into contact with the ocean.

The flow, known as 61G, is part of the ongoing East Rift Zone eruption, which began more than 30 years ago in 1983.

The flow extends southeast of Puʻu ʻŌʻō, and although active, poses no threat to nearby communities.

Visitors to the area however are reminded that venturing too close poses hazards including flying debris, unstable ground, and acidic plumes laden with fine volcanic particles. 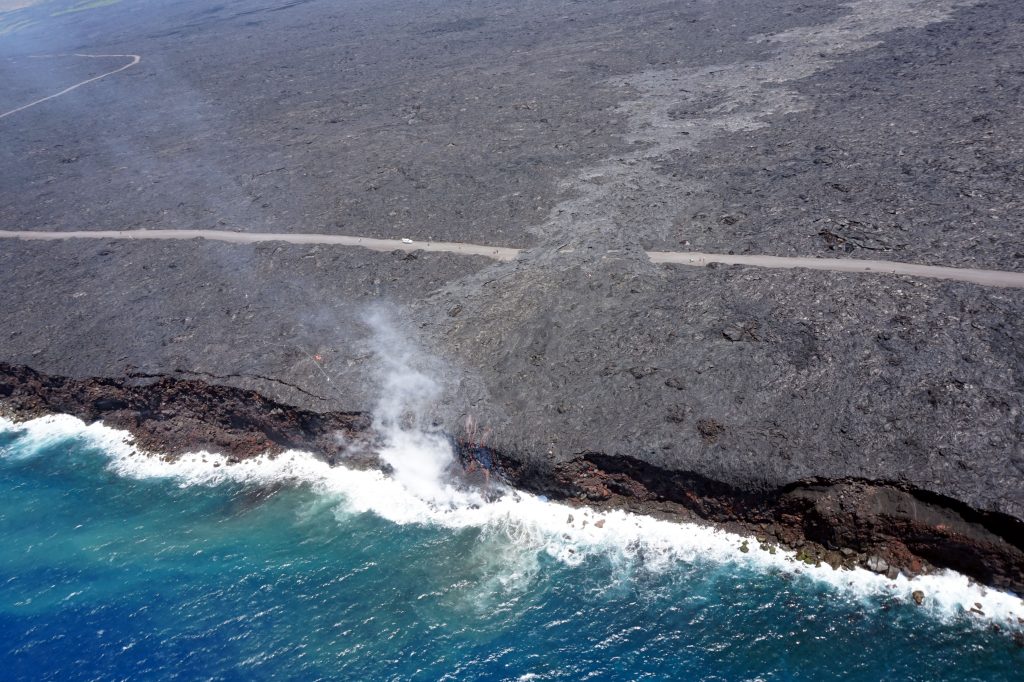 Just over two months since the start of the 61g flow, it reached the ocean on July 26 at 1:15 am HST. The narrow ocean entry was creating a small plume of gas and steam during today’s overflight as the lava came into contact with the ocean. Photo credit: USGS/Hawaiian Volcano Observatory. 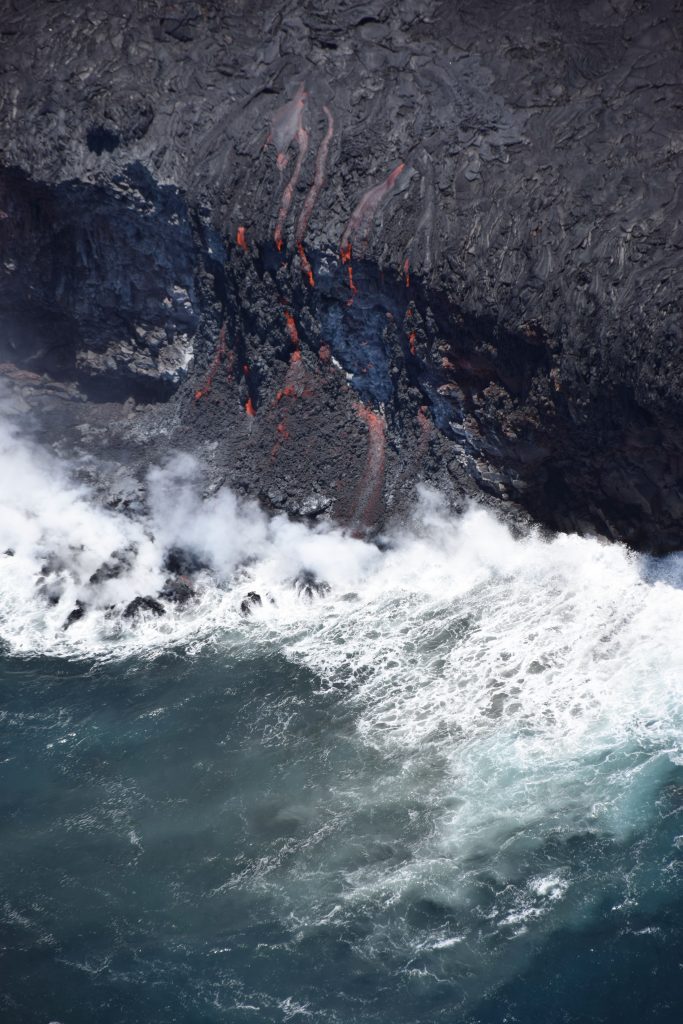 A close-up view of the ocean entry with multiple small fingers of lava spilling over the cliff. Photo credit: USGS/Hawaiian Volcano Observatory. 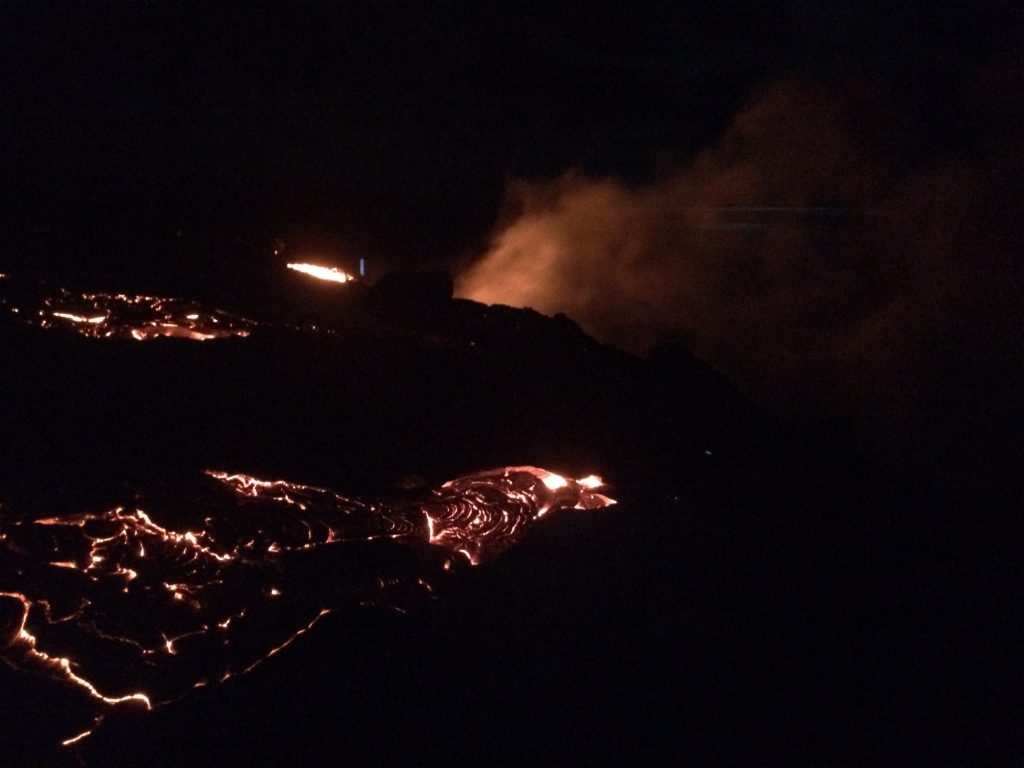 This photograph looks towards the ocean, from a spot along the west margin of the flow, showing the ocean entry plume just minutes after lava first reached the water. Photo credit: USGS/Hawaiian Volcano Observatory. 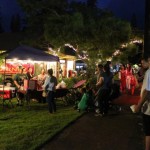 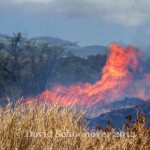