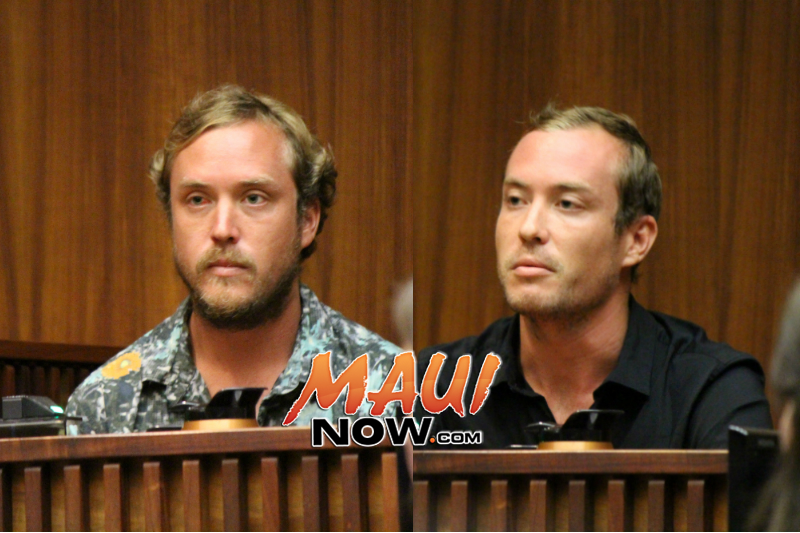 Brothers Drew an Kurt Kaiser testified this week in the ongoing murder trial of Steven Capobianco who is accused of killing his pregnant ex-girlfriend Carly “Charli” Scott in February of 2014.  Capobianco has pleaded not guilty to the charges.

Drew Kaiser, who is now 27, met Capobianco when he was 16 or 17.  He said he was introduced to Scott “as a person he (Capobianco) was interested in dating.”

Drew’s brother, Kurt Kaiser said he met Capobianco in high school while attending King Kekaulike.  He said he later met Scott through Capobianco, and became closer friends with Scott, while Drew hung out with Capobianco more.

Once Best-Friend: “He Could Have Taken Me at Any Moment”

He couldn’t recall the last time he spoke with Capobianco, but did say they talked “here and there” during the investigation and search for Scott. “It was a long time ago… there was a lot going on. I was scared of him at the time. I didn’t know what to think.”

Having hung out with him on a regular basis in the years leading up to Scott’s disappearance, Kaiser said he was so close to him that, “He (Capobianco) could have taken me at any moment.” Objections by the defense about the comments Kaiser made relating to what he was thinking were sustained by the Judge, and will not be considered by the jury.

‘I Just Want My Friend Back’

Kaiser recalled one conversation in particular that took place after Scott’s disappearance.  “When I asked him what had happened, his statement was extremely short. And that’s basically all he said: ‘I just want my friend back.’ He wasn’t upset,” said Kaiser of Capobianco.

Kurt Kaiser testified that he had gone out with Capobianco on a Friday night and forgot his backpack in Capobianco’s vehicle.  “I pretty much knew the next day that it was forgotten in there.”

He testified that he tried to see if he could get his backpack from Capobianco two days later, on a Sunday in February before Scott went missing.  He recalled Capobianco saying that he was at work and his vehicle was in the parking lot unlocked and that he could go get it; but Kurt Kaiser was already headed to his mom’s house in Makawao to meet Scott for a haircut and did not retrieve his backpack that day.

His brother Drew Kaiser testified that the date was Sunday, Feb. 9, 2014, when he saw Scott at his parent’s house in Makawao where she was cutting his Kurt’s hair.

In earlier testimony, Capobianco had told police that his 4Runner had stalled about 3.2 miles past Keʻanae on Saturday night, Feb. 8, 2014, and that Scott drove him out to the area to retrieve his vehicle on Sunday night, Feb. 9, 2014.

If Capobianco’s 4Runner was still along the Hāna Highway as he said, it would contradict testimony that his vehicle was in the parking lot at his work place in Pāʻia.

Defense attorney Jon Apo sought to gain clarity by asking, “How many vehicles were you aware of that the defendant had at that time period?” to which Kurt Kaiser answered saying “The defendant drove a 4Runner.”  The question was subsequently withdrawn.

During testimony from Drew Kaiser, it was stated that Capobianco had “two vehicles,” including the 4Runner and a truck that was being worked on in Kula, which Kaiser said, “was sitting in his (Capobianco’s) driveway.”

An ex-girlfriend testified last week that she saw Capobianco in the early morning hours of Monday, Feb. 10, in his white truck (not the newer 4Runner), which would indicate that his older vehicle (the truck) would have been in working order, and therefore plausible that it could have been used.

Drew Kaiser testified that on Monday, Feb. 10, 2014, between 3 and 4 p.m., he saw Steven Capobianco, who stopped by the Makawao home where Kaiser and his parents lived to drop off his brother Kurt’s backpack. While retrieving the backpack, Drew Kaiser said he also found his own phone on the floor of Capobianco’s vehicle, which he had misplaced and was looking for.

Drew Kaiser said he made an offer for the defendant to go to his sister’s house that evening, but that Capobianco “left really quick.”

“He’d usually hang out and even go out for a ride… he stayed 5 to 10 minutes max and said he had some stuff to take care of,” Drew Kaiser testified.

“I Didn’t Think She Was Missing, Because Why Would That Happen?

When Drew Kaiser initially learned that Scott was missing, he said he wasn’t worried, but became concerned later in the day when his attempts to reach her, some 7-8 times, went unanswered. Initially, Drew Kaiser said, “I figured she would get back to me when she could… I didn’t think she was missing, because why would that happen?”

As it got later, he too became worried. “She always answers my calls, always texts back. My brother (Kurt) never got a text and he’s even closer (to her),” said Drew.

Drew Kaiser acknowledged that while Scott “would detach herself on occasion,” she was always be in contact with those close to her. “She would never detach herself from her family,” he said.

During the search for Scott on Wednesday, Feb. 12, 2014, Drew Kaiser testified that the sun was about to set when he went to check the Peʻahi or “Jaws” area. When he arrived it was dark and police were there investigating the discovery of Scott’s vehicle which was reportedly found burned and tipped on its side at the location that day.

He testified that he called Capobianco from the “Jaws” area asking him where he was and indicating that Capobianco was supposed to be down there with them. According to Drew Kaiser’s testimony, Capobianco said he was at home.

Kaiser testified that he had been with Capobianco and Scott to the Peʻahi area on prior occasions to drive and listen to music.

Rough on Vehicles; Capobianco Had Called Scott for Help Before

Drew Kaiser agreed when asked if Capobianco was “very rough on vehicles,” saying that he observed the defendant having small accidents with his vehicle while driving recklessly.

On one particular occasion, while off-roading in Polipoli, Drew Kaiser said Capobianco’s truck broke down when he “was coming up the hill, went up too fast, and it rolled over.”  Kaiser testified that Scott came to help.  “We did attach a tow and flipped it back over just by yanking it,” he said.

One juror asked, “How many times has Capobianco’s truck gotten struck and needed help getting unstuck?” to which Drew Kaiser responded, “As far as I can remember, I’ll just say maybe five.”

Drew Kaiser also acknowledged that he had been out to Honomanū with Capobianco on prior occasions, both during the day and in the middle of the night.  Honomanū is the bay on the West side of Nuaʻailua (where clothing believed to be Scott’s was found during a search for the missing woman).

When asked if he had gone around “randomly” in the Hāna area while in Capobianco’s company, Drew Kaiser said, “Yes.”  In response to a juror question about if he ever went to the Hāna area to “just listen to Capobianco’s truck stereo,” Kaiser responded saying, “Yes.”

In a prior police interview, Capobianco said his truck stalled along the Hāna Highway on Feb. 8, 2014 while he was out late that night driving around and listening to his music.

Drew Kaiser also acknowledged that Capobianco’s mother had lived in the Keʻanae area, but has since passed away. 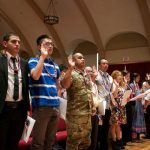