The major walkway along the coastline of Wai‘ānapanapa State Park in East Maui will be replaced beginning today, Sept. 6, 2016.

The state Department of Land and Natural Resources, Division of State Parks will be phasing the project over the next six months to avoid a complete closure of the walkway.

However, the construction of the new 4-foot wide concrete walkway will disrupt access along portions of the path over several months.

The current walkway provides access to the scenic lookouts along the coastline and to Pailoa Bay, the popular black sand beach.

The beach at Pailoa will be closed for approximately two weeks, likely in October, for the construction of a new concrete pathway with steps.

The campgrounds, picnic tables, and restrooms will remain accessible but may require alternate routes during construction. Roadways and parking areas may be temporarily impacted by the construction activities as well. 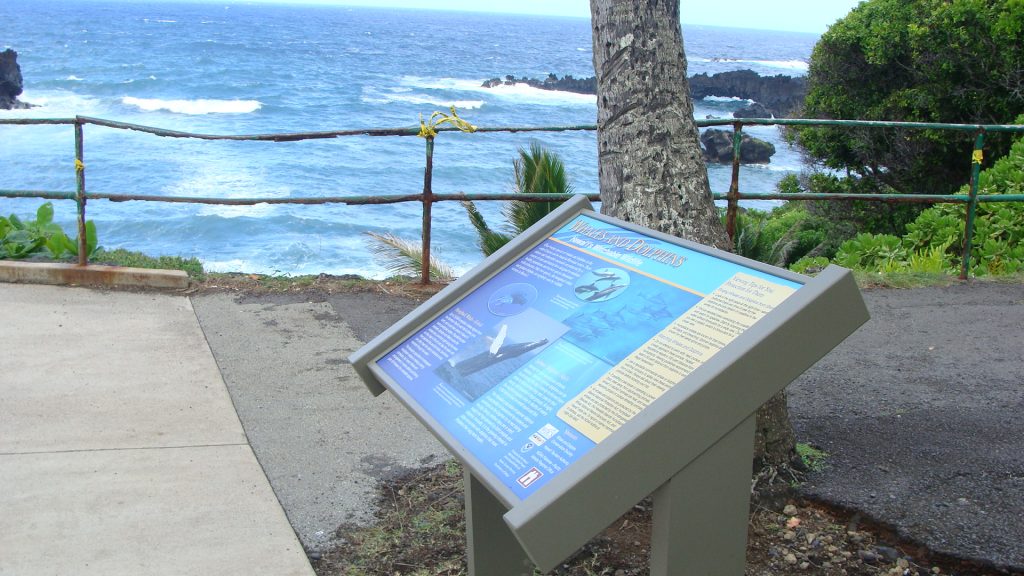 The existing asphalt walkway with railing was constructed in the late 1960s and runs for a distance of about 1,600 linear feet. The route follows the historic trail through Honokalani Village that was formerly located on the park site. The new walkway will deviate from the original route to avoid visitor traffic through one of the small cemeteries within the park.

The project also involves the installation of new stainless steel railings, the addition of 4 scenic viewing areas along the walkway, the construction of new stairways between the cemeteries and to Pailoa Bay, and the paving of paths to the comfort station and campgrounds. 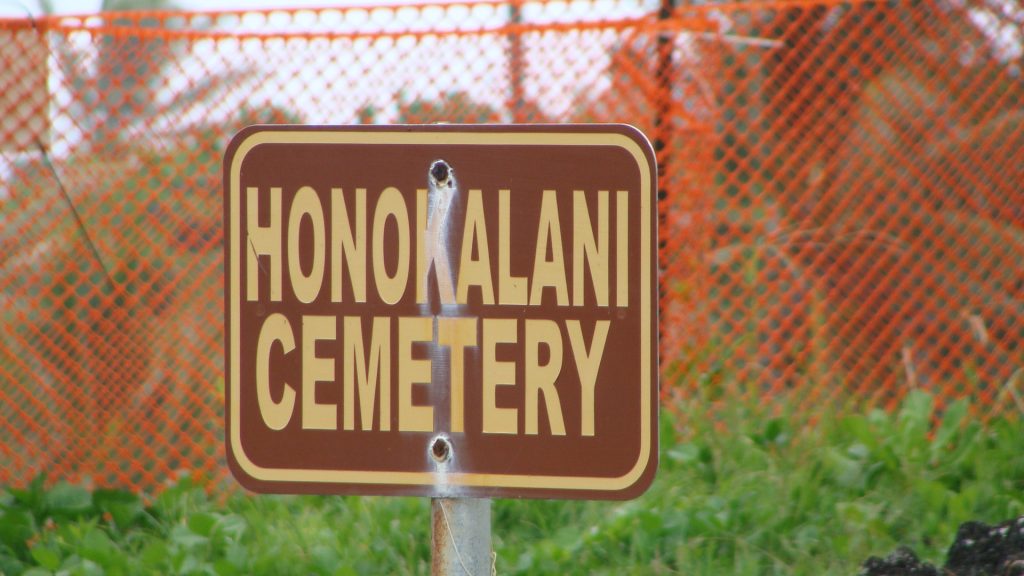 The walkway and associated improvements were designed by Fukumoto Engineering. The construction contract has been awarded to Global Specialty Contractors, Inc. at a cost of $1.5 million. The project is funded with State Capital Improvement Project funds with funding assistance from the federal Land and Water Conservation Fund program.

“These improvements to the walkway in Waiʻānapanapa State Park will provide a safer and more enjoyable experience for our park visitors. The routing of the walkway will also promote greater respect for the historic properties within the park. We know how popular this walkway is with park users and we will make every effort to minimize the impacts of construction on their park visit,” said Curt Cottrell, State Parks Administrator. 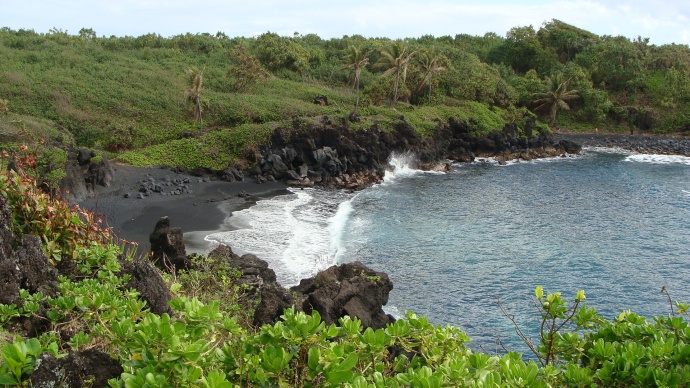 The project will not affect the rental of the 12 cabins in the park. While the campground will remain open, campers should be aware of construction activity in the area during the weekdays from 7 a.m. to around 3 p.m.

Waiʻānapanapa State Park in Hāna, Maui consists of 105 acres along the east Maui coastline. The park is located about 0.6 mile south of the Hāna Airport and approximately two miles north of Hāna Town.

The property was acquired by the State in 1968 from Hāna Ranch because of the scenic values and cultural resources. The park site corresponds to the former Honokalani Village which was a sizable settlement along the shoreline of the Honokalani ahupua‘a in the 1930s.

The park spans 1.2 miles of coastline with steep, shoreline cliffs of ‘a‘a lava. Pailoa Bay with its black sand beach is the only break in this rocky shoreline. The developed features encompass about 18 acres of the park and include paved roadways and parking lots, a comfort station, resident caretaker’s cabin, 12 rental cabins, a campground, picnic areas, and walking paths.

This park receives an estimated 300,000 visitors a year, many who come to enjoy the shoreline views, picnic, hike, camp, and stay in the rental cabins.

Significant cultural features associated with the park include Wai‘ānapanapa Cave, Ohala Heiau, and the Kihapi‘ilani Trail, a steppingstone trail that follows the shoreline. Within the park are three private cemeteries dating from the early 1920s to the present. These cemeteries are delineated by stack rock wall enclosures and are maintained by the lineal descendants.

The Department of the Interior, National Park Service administers the Land and Water Conservation Fund program to promote public outdoor recreation. Since 1965, the State of Hawai’i has received more than $38 million in LWCF assistance. Parks funded through LWCF grants are protected in perpetuity for public outdoor recreation purposes through section 6(f)3 of the LWCF Act of 1965. An LWCF grant for $500,000 was awarded to the Department of Land and Natural Resources to assist with the improvements to the walkways at Wai‘ānapanapa State Park. 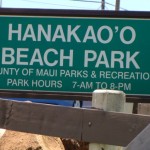 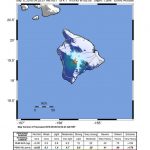