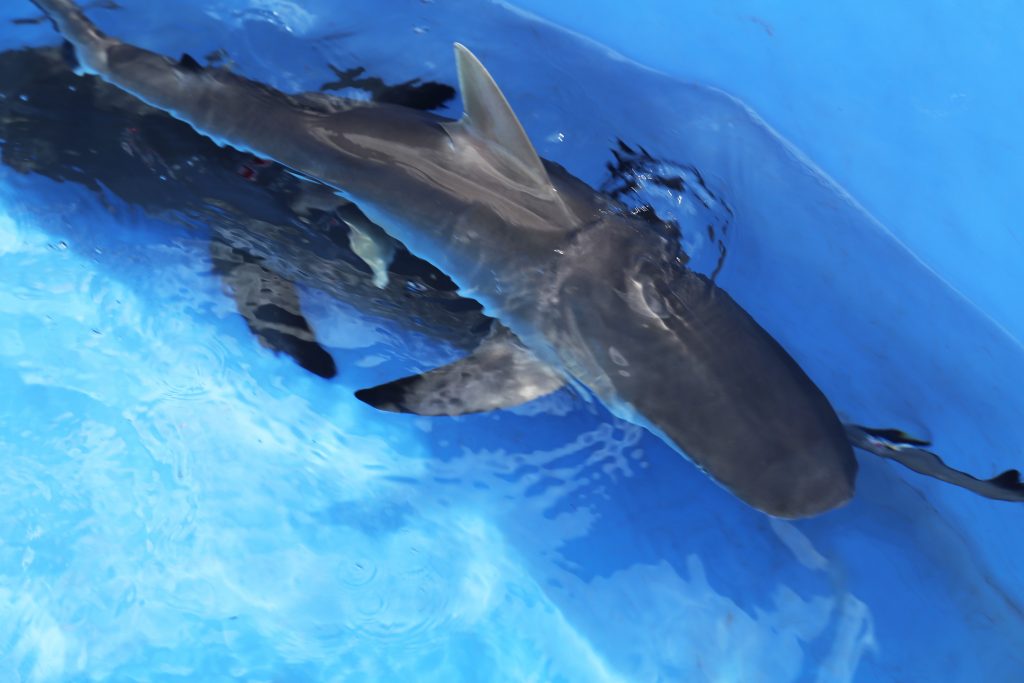 The single male and two female pups measured an average of 22 inches in length, and were born after an 11-12 month gestation period.

Shortly after their birth, a team of aquarists transferred the pups into a protected quarantine zone. Later that afternoon, the center’s Curatorial Director John Gorman made the decision to release all three pups to waters offshore of Maui. 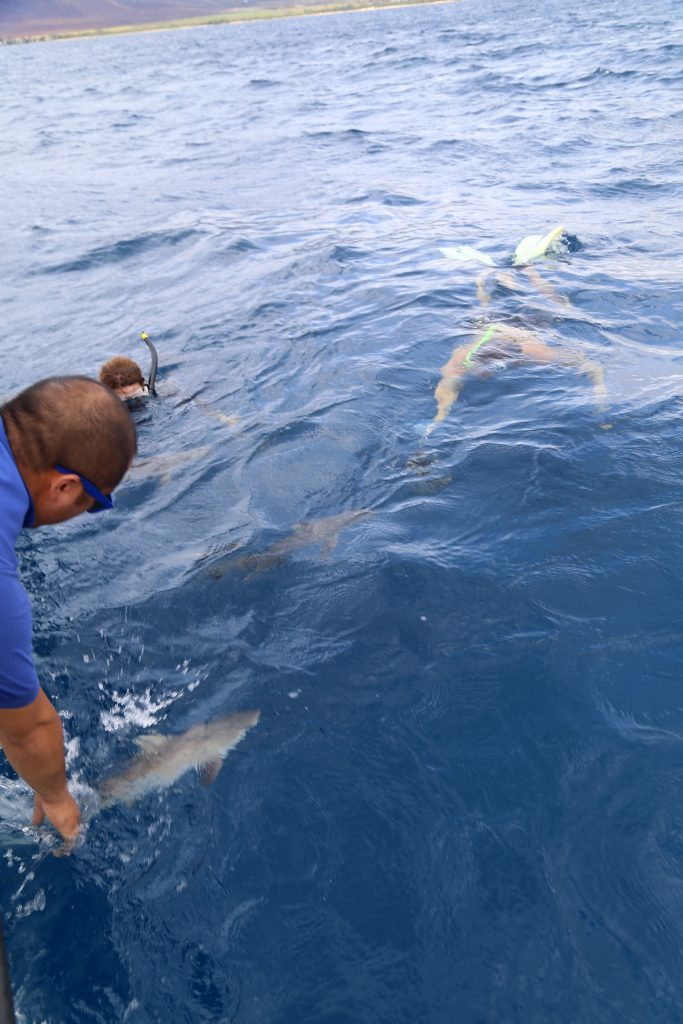 Gorman said shark pups are fully independent when born and require no parental care.  He said the Aquarium staff is confident that they will do well in their ocean home and said it was “the right decision” to allow them to continue their lives in their natural habitat.

Pups born at Maui Ocean Center are typically released to the ocean, however a pup may be raised at the Aquarium for a period of time to serve as an ambassador of its species.

The Aquarium’s Hawaiian Cultural Advisor, Kahu Dane Maxwell, was also in attendance to bless the sharks during their release, asking both for acceptance and guidance for the pups into their new home at sea. 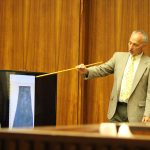 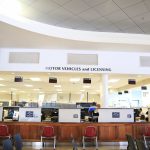