Maui fire officials called the fires suspicious in nature, but say it is unclear how they may have started, and the cause remains under investigation.

At 5:47 p.m., Kaunakakai fire crews were on scene of the first fire near the Seventh Day Adventist Church, across of Ulili Street. Fire crews encountered four other brush fires along the east side of Maunaloa Highway, with the fifth fire located about one mile up the highway near Kamakou Forest Preserve Road.

All five fires were fully extinguished by the time crews left the scene at around 6:30 p.m.

Two engines and two water tankers from Kaunakakai and Hoʻolehua responded to the incident. 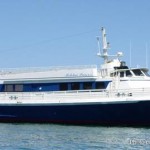