The lava lake within Halemaʻumaʻu Crater at the summit of Kīlauea Volcano is creating a scene remindful of a messy barbershop floor, except that it’s acres and acres wide rather than a few square feet. The ground downwind of the crater is strewn with Pele’s hair, and it is almost impossible to avoid stepping on it.

Such a scene has not been reported before at Kīlauea. What’s happening?

Pele’s hair consists of long glass fibers that form when gas bubbles burst in the lava lake. Pieces of the fluid bubble skin are propelled violently into the air, drawing out into long, hair-like strands that cool to a golden-colored glass. Since the lake is bubbling almost constantly, large volumes of Pele’s hair are made daily. The resulting hair blows downwind from Halemaʻumaʻu, across the caldera, and into the Ka‘ū Desert.

The Pele’s hair collects against embankments, such as gully walls or curbs in the now-closed Halemaʻumaʻu Crater parking lot. It also is strewn across the ground surface, catching on small rocks and ultimately creating a web of interwoven hair. The web is streamlined, with most pieces of hair aligned with the wind direction.

When a south (kona) wind blows, Pele’s hair can easily reach the Jaggar Museum Overlook area in Hawaiʻi Volcanoes National Park, where it drapes ‘ōhi‘a like tinsel on a Christmas tree.

Drifts of Pele’s hair can survive for years and even decades, but, once the eruption has ended, wind will strip the hair from most surfaces. The photos included here show scenes that many will never see first-hand, because most of the Pele’s hair is blown downwind of the summit vent—an area of the national park that has been closed since 2008 due to elevated sulfur dioxide emissions and other ongoing volcanic hazards. 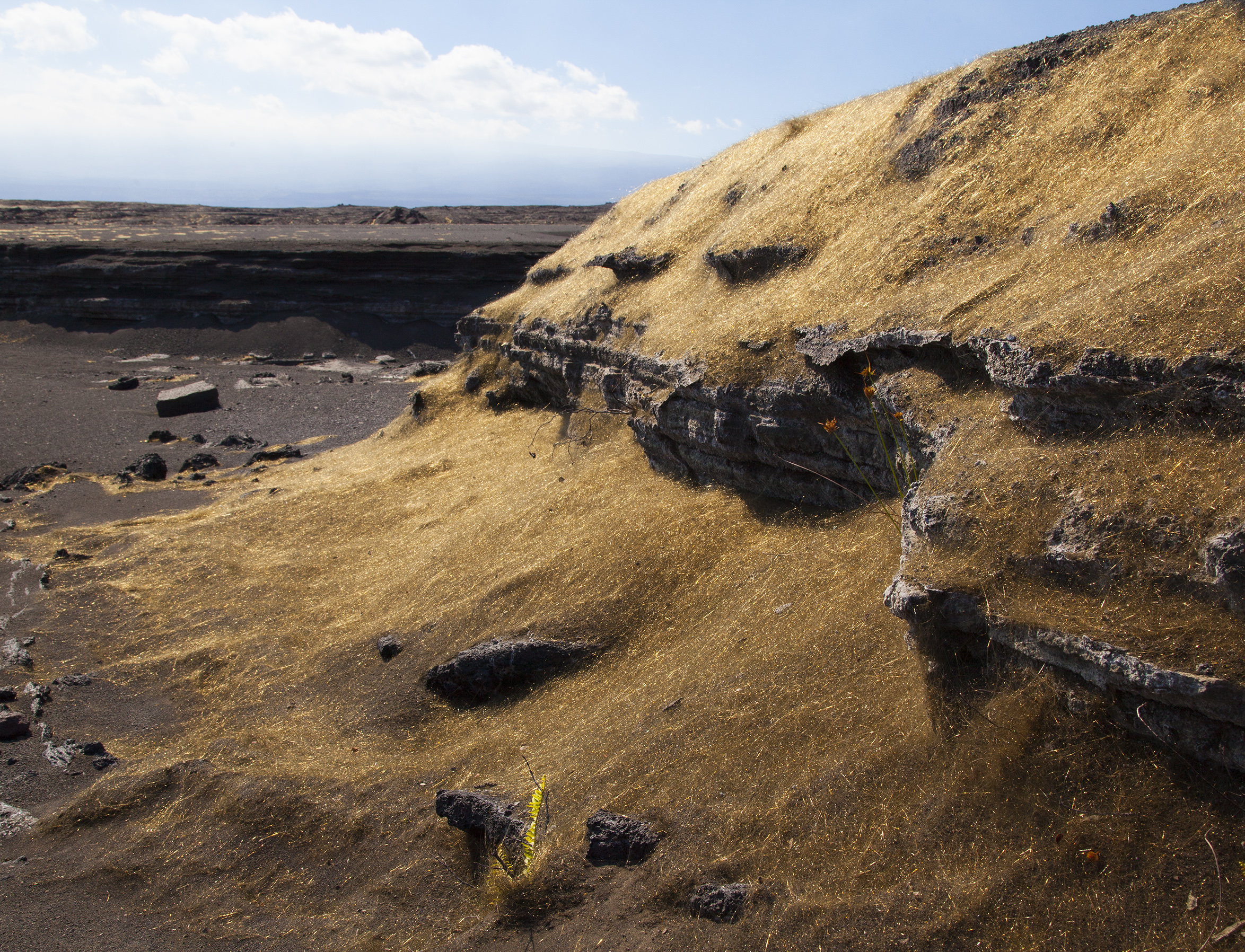 Prevailing trade winds blow much of the Pele’s hair from Kīlauea Volcano’s summit lava lake into the Ka‘ū Desert, where it accumulates against gully walls. USGS photo. 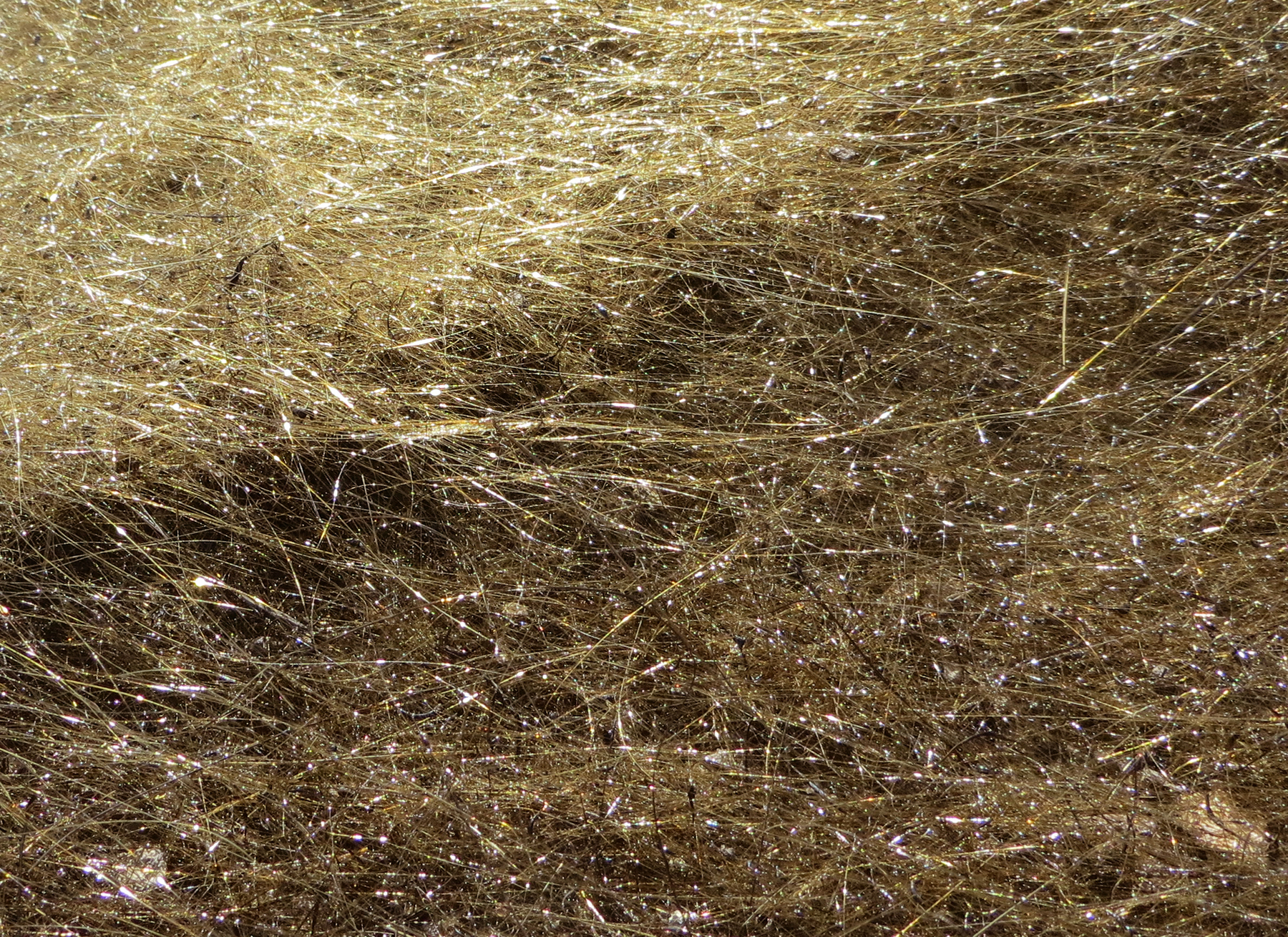 This close-up of Pele’s hair shows how the individual strands of volcanic glass can become aligned with wind direction. USGS photo. 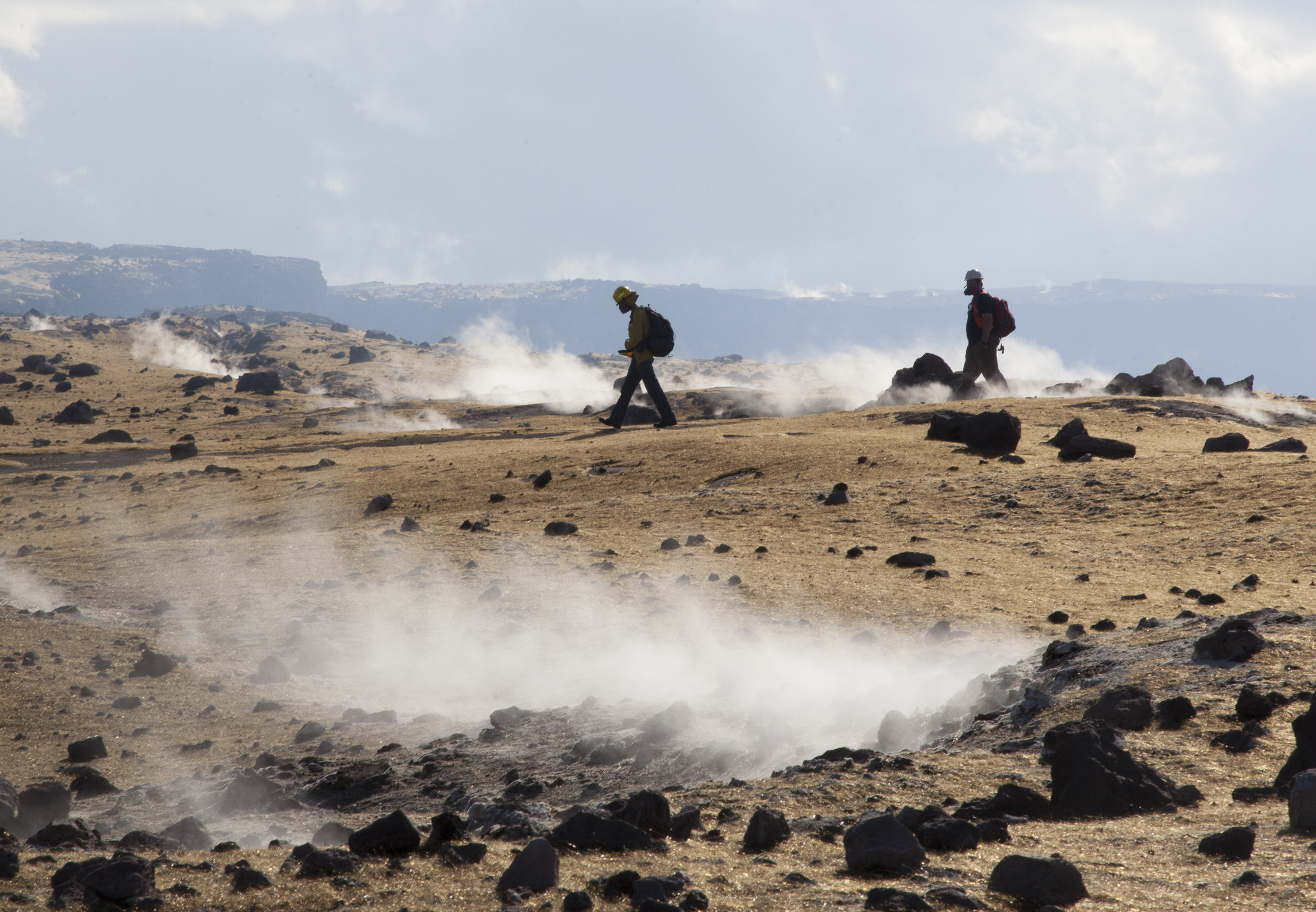 After completing their work on the rim of Halemaʻumaʻu Crater, Hawaiian Volcano Observatory scientists try to stay on pathways to avoid making footsteps in the Pele’s hair that blankets the landscape, just as one shies from marring pristine snow. This area has been closed since 2008 due to elevated sulfur dioxide emissions and other ongoing volcanic hazards associated with Kīlauea’s summit lava lake. USGS photo.

Looking into the sun, as in this photo from the Ka‘ū Desert, Pele’s hair has a golden sheen impossible to describe or photograph adequately. The scene often resembles a mowed field of “amber waves of grain.” But, looking away from the sun, one sees almost nothing, certainly no color and not even much hair without close observation. USGS photo. 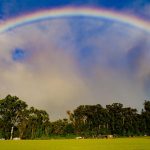 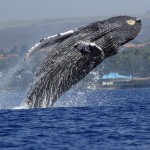