Malika Dudley caught up with Chef Sheldon Simeon who opened his mom and pop eatery, Tin Roof, in Kahului earlier this year. (See Maui Now’s coverage of the Grand Opening by clicking here.) The former “Top Chef” finalist was recently asked to return to the show as a “fan favorite.”

The new season of “Top Chef” will feature eight new contestants and eight “fan favorites” from past seasons.

To watch a preview of this season Top Chef, click HERE. 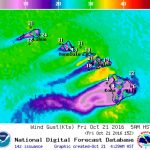