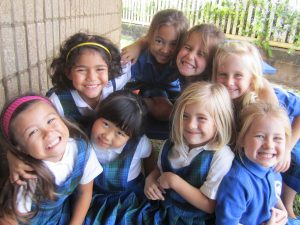 In celebration of Doris Todd Christian Academy’s 60th anniversary, the school will hold two open houses, where students and parents can meet teachers and take a tour of the campus.

Doris and Ed Todd, the founders of the school, moved to Maui from the Philippines 62 years ago, where they had served as missionaries and became familiar with the culture and the language.

The couple chose to move to Maui because they heard that there were many Filipino immigrants who came to work in the sugarcane fields. They were interested in educating the workers’ children.

On their way to school, Doris picked up other preschool students living in the Pā‘ia area. Shortly thereafter, in 1956, she was encouraged to start a preschool in her own home—the humble beginnings of Doris Todd Christian Academy.

As the school steadily grew, it was moved to a location in Pā‘ia and then to the Pā‘ia Youth Center.

In 1961, the school’s existing location on Baldwin Avenue was purchased and the land leased from A&B Properties.

The first classes were held in a structure that was built by the Assemblies of God, which now serves as the auditorium for the chapel, library, kitchen, administration and nurses offices, and meeting rooms.

The school now serves 180 students in preschool through 12th grade. 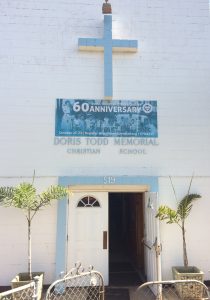 Doris Todd Christian Academy is accredited by the Association of Christian Schools International and licensed to operate a private school by the Hawai‘i Council of Private Schools.

The State Department of Social Services and Housing licenses the preschool.

The school’s mission “is to provide a Christ-centered education that is biblically based and is committed to academic excellence, biblical morality, integrity, church involvement and patriotism—all to the glory of God. Its core values are biblical truths that guide all areas of school life: Biblical truth, integrity, love, respect, responsibility, community, faith, family and character.”

The school is located at 519 Baldwin Ave. 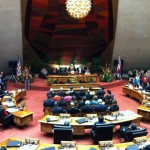