Visitor Spending in Hawaiʻi is up for a fifth consecutive month.

The Hawaiʻi Tourism Authority reports that what’s especially notable is that the largest percentage of growth has been achieved in September (10.4%) and October (6.8%).

HTA president George Szigeti said Maui, Kauaʻi and the the Big Island of Hawaiʻi have benefited most from this surge in fall visitor spending, as they have recorded double-digit increases for each of the past two months.

Szigeti said that with the peak holiday travel season upon us, the State of Hawaiʻi is in excellent position to set new yearly records in both categories, as well as generated state tax revenue.

“The growth in visitor spending continues to strengthen the tax revenue base for the entire state. Hawaii’s tourism industry has produced $1.37 billion in state tax revenue through October, an increase of $52 million over last year. It’s gratifying to know how much tourism is contributing to Hawaiʻi’s economic success and supporting government services that all of our communities need,” said Szigeti.

Statewide, visitors to Hawaiʻi spent a total of $1.2 billion in October 2016, a 6.8% increase compared to last October and the fifth consecutive month of year-over-year growth, according to preliminary statistics released by the Hawaiʻi Tourism Authority. 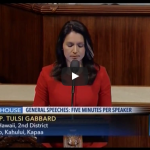 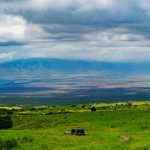