A Taste of the Holidays at MauiWine’s Tree Lighting

Take a faraway glance, and you might think Santa and his elves were up in ‘Ulupalakua this week, decorating a 20-foot Christmas tree.

It’s actually a cheerful, non-bearded gentleman in a red shirt and Santa hat at the top of a bucket truck, stringing up 15,000 lights with help from an energetic ground crew at MauiWine.

“You gotta have trust in the guy driving the forklift,” laughs Joe Hegele, MauiWine’s director of marketing, from about 20 feet in the air.

He counts this tree decorating among his favorite days of the year, and says the tree-lighting tradition started in 2014, as a way to recognize reforestation efforts in the aftermath of Hurricane Iselle.

“We wanted to do something revolved around trees and we thought ‘Ulupalakua would be a perfect place to do a Christmas Tree lighting,” he explains. “It’s cold up here, people get to get bundled up, drink cider and feel that it’s the holidays, that it’s winter.”

This year’s celebration starts around 4:30 p.m. on Saturday, December 10. Admission is free but attendees are requested to bring a can of non-perishable food as a donation to the Maui Food Bank.
Complimentary activities include:

MauiWine will also open the doors to the Old Jail for a rare, exclusive experience. For $20 per person, guests get to savor its 2016 wines from the tanks and learn about the year in the vineyard.

They’ll get to try raw, unfinished wines before they’ve been blended, then compare them with the traditional, bottled versions. Hegele says the Chenin Blanc sparkling wine will be a memorable pick.

“It’s a very cool experience because it’s super high-acid, really rippin’, kinda fun; it like takes the acid off your teeth,” he jokes, “so seeing that in a raw form and then tasting something that’s finished, you gain respect for the process.”

Along with the wine, guests will get to learn about the tasting room itself. The Old Jail, built in the 1850s, recently re-opened in February after a yearlong restoration. Hegele says preserving the 150-year-old history of the acreage, formerly known as Rose Ranch, is a responsibility they’re proud to take on.  Learn more about the history and harvest in our video here, “MauiWine: How our Island’s Vineyard Grows.” 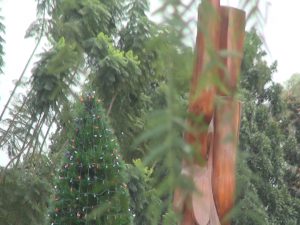 20-foot tree getting decorated at MauiWine. Photo by Kiaora Bohlool. 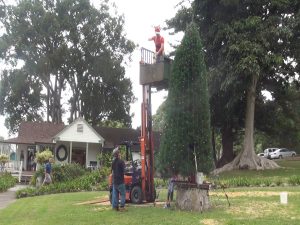 The crew decorates a 20-foot tree at MauiWine. Photo by Kiaora Bohlool. 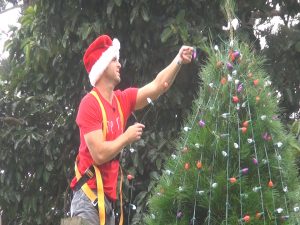 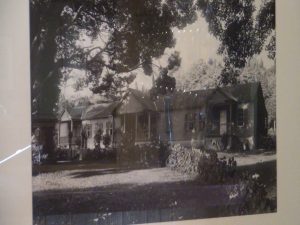 Historic photo of the Old Jail building in ‘Ulupalakua. Photo by Kiaora Bohlool. 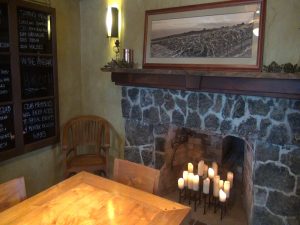 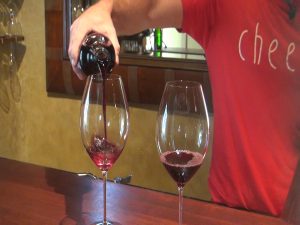 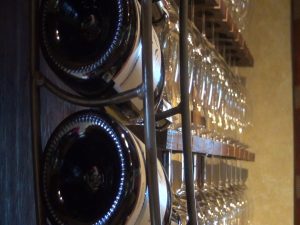 Bottles and glasses at MauiWine in ‘Ulupalakua. Photo by Kiaora Bohlool. 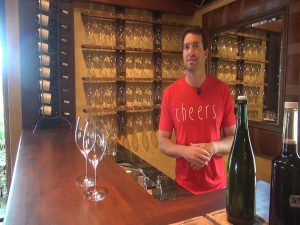 Joe Hegele, director of marketing for MauiWine in ‘Ulupalakua. Photo by Kiaora Bohlool. 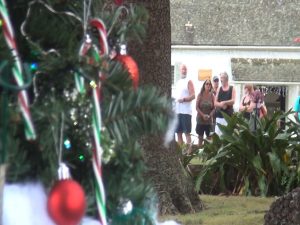 Holiday decor and visitors at MauiWine. Photo by Kiaora Bohlool. 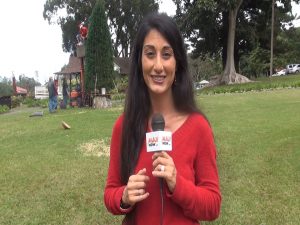 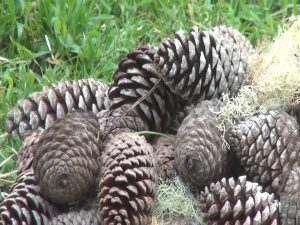 Pine cones from 6,000 feet elevation, for kids to craft into ornaments during the Tree Lighting celebration on Dec. 10. Photo by Kiaora Bohlool. 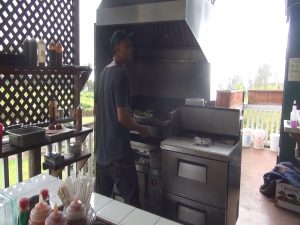 The kitchen in action at ‘Ulupalakua Ranch Store. Photo by Kiaora Bohlool. 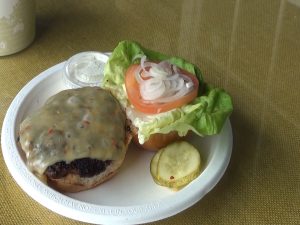 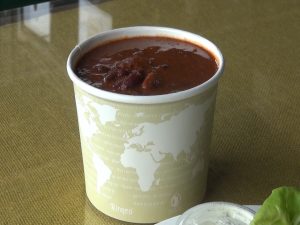 “We’re a modern business, we’re a winery, people come up here and taste wine and hang out, but we’re so much more,” he explains. “We’re occupying this historic estate that has represented hospitality. 150 years ago when Rose Ranch started, if you got invited up here, you were excited; it was a cool place to be. It was known for celebrations, and we’re trying to continue that legacy in inviting people up here to celebrate.”

Food is part of that celebration. ‘Ulupalakua Ranch Store will be offering comforting classics like chili, veggie curry, hot dogs and its famous hamburgers for sale. No item will cost over $10.

“We’ll do the classic apple cider and cocoa for the Christmassy feel,” says Kevin Bell, general manager at ‘Ulupalakua Ranch Store & Grill. “While they watch the movie, we’re going to have kettle corn available and Maui Pie is coming up with pie and cookies, so you can’t really beat it.”

The Store and MauiWine are happy neighbors in ‘Ulupalakua, each helping to support the other.

The Store has become well-known for its quality burgers, and now sources its meat solely from the ranch, including beef, elk, venison, and most recently, lamb. It also uses local produce, with many suppliers just down the road in Kula.

“It’s gone from being a stop someone may make on their way to or from Hāna to being kind of a food destination,” he explains. “It’s really important to us to support Maui and support the island and support Hawai‘i, and take care of where we live and who we are.”

The Ranch Store will close a few hours early on Saturday, at 3 p.m., to be ready for the big party. The lighting of the holiday tree will happen after sunset, followed by the movie under the stars. It’s suggested that guests bring blankets and low-back lawn chairs to enjoy “Home Alone” under the 80-foot colossal camphor tree.

The winery is located at 14815 Pi‘ilani Highway in Kula on ‘Ulupalakua Ranch. For more details about on Third Annual Holiday Tree Lighting event or to schedule private tasting, visit MauiWine’s website or call 808-878-6058.

Improving Conditions Expected in a Couple of Days