Trucker Dukes, a Maui 3-year-old fighting Neuroblastoma, and his family rode Maui’s Sugar Cane Train “Team Trucker” Holiday Express on Thursday, Dec. 22, 2016. More than $6,000 was donated to the Trucker Dukes Cancer Fund through the donation of all ticket sales that day.

Trucker is home for Christmas for the first time since he began his battle with Stage IV Neuroblastoma.

“The Sugar Cane Train has a long history of community outreach and involvement and after meeting Trucker recently, we were taken with his beautiful spirit and smile and wanted to be a part of celebrating the special miracle that he is,” co-owner of the Sugar Cane Train Craig Hill said.

“The holidays are a wonderful time to be thankful for all the blessings we have and to be grateful to live in a place where a big extended ‘ohana comes together to help one another. We have all been touched by cancer in some way and we all stand together in the battle,” said Hill.

At the age of one, Trucker Dukes was diagnosed with Stage IV Neuroblastoma. After two years of treatment, including chemotherapy, radiation, surgical tumor removal in his abdomen and brain, Trucker is living back home on Maui.

He continues to battle cancer, but is no longer living in New York where he was treated at Memorial Sloan Kettering Cancer Center. He will return briefly to New York in January for scans to monitor his progress.

“I had more fun than I can remember having,” said Joshua Dukes, Trucker’s dad. “Thanks Maui’s Holiday Express, Craig Hill (Santa’s Right-Hand Man), Elf Mia, Santa’s elves and everyone who came out to make this such a fun night. Trucker loved and we can’t wait for next year.” 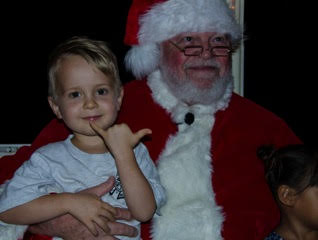 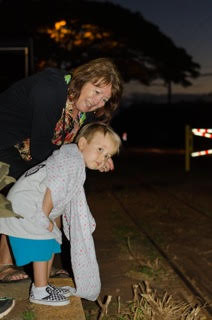 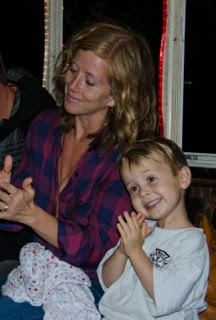 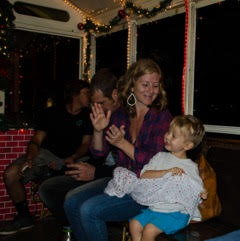 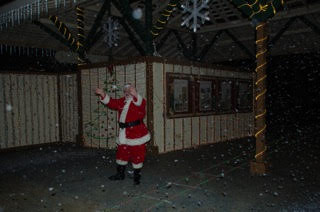 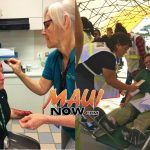