A Molokaʻi man died in a rollover accident in Hoolehua, Molokaʻi over the weekend.

Police say a 1991 Ford Explorer multi-purpose vehicle was traveling east on Puʻu Kapele Avenue when it failed to negotiate a turn in the roadway at the intersection with Lihi Pali Avenue.

The vehicle left the roadway and continued on to the north grass shoulder of the roadway when it collided with several trees causing it to roll over before coming to rest on its roof, according to department reports.

The lone operator was pronounced dead at the scene and has since been identified as 36-year-old John Kalua of Kalae, Molokaʻi.

This is Maui County’s second traffic fatality for 2017 as compared to none the same time last year.  A separate fatality was reported on Molokaʻi on Friday. 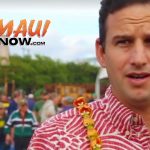 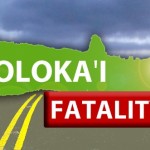