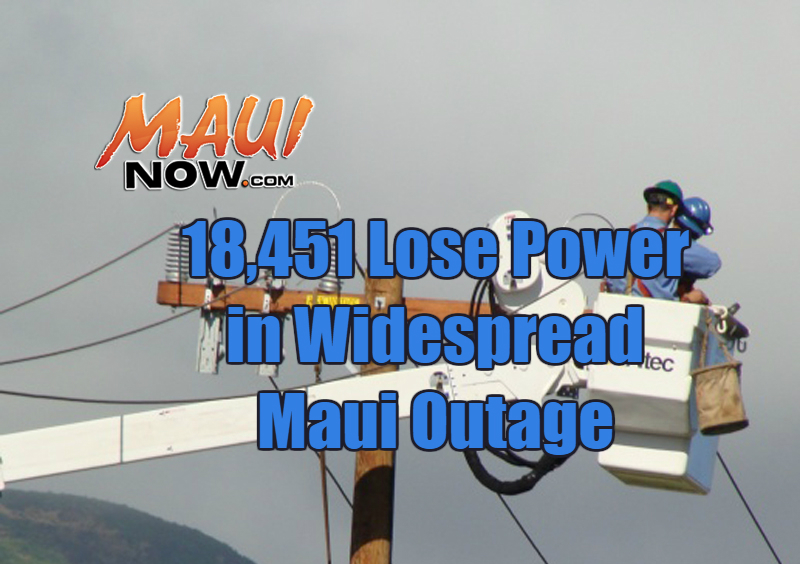 An estimated 18,451 customers across various parts of Maui lost power today (Thursday, March 2, 2017) at around 4:03 p.m. when a generating unit tripped offline at the Māʻalaea Power Plant.

The widespread outage was initially described as island-wide by Maui police and later confirmed to have affected parts of Kahului, Haʻikū, Kīhei, Wailea, Hāna, Upcountry and West Maui.

Maui Electric Company spokesperson Shayna Decker said the cause of the trip is under investigation.

A majority of customers had power restored by 5:04 p.m.  As of 7:12 p.m., Maui Electric was waiting for more generation to be available to restore remaining customers.  Company representatives say all remaining customers in areas of Haʻikū, Hāliʻimaile, Huelo, Keanae, Olinda, Piʻiholo and Makawao were brought back online by 9:44 p.m. when more generation was available to safely restore power.

Maui Electric has confirmed an island wide power outage. As of 4:34 p.m. on Thursday, March 2, 2017, authorities said power should be restored within the hour.

Company officials say various areas of Maui are experiencing a power outage due to loss of generating unit.

Motorists are asked to please drive carefully as traffic signals are not in operation at this time. Maui police officers are posted at various intersections to direct traffic. 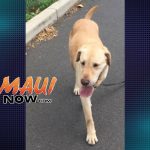 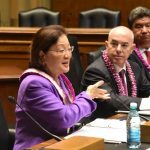