The Coast Guard is seeking the public’s help identifying the owners of two separate, unmanned two-person kayaks found adrift off of Oʻahu and Molokaʻi on Wednesday, March 8, 2017.

The first kayak was located near the Admiral Clarey Bridge at Ford Island, Oʻahu and is yellow with the word “Kane” written on the side.

The second kayak was located approximately one mile south of Kamalo Point, Molokaʻi and is red, orange and yellow with no distinguishing characteristics.

Anyone with information that may help identify the owners of the kayaks are asked to contact Coast Guard Sector Honolulu at (808) 842-2600.

There are currently no reported signs of distress or missing persons in either area.

Watchstanders at the Sector Honolulu command center issued an urgent marine information broadcast and launched assets to search the areas.

The Coast Guard offers free “If Found” decals to be placed in a visible location on small, human-powered watercraft through the Operation Paddle Smart program. The information on the sticker can allow response entities to quickly identify the vessel’s owner and aid search and rescue planners in determining the best course of action. 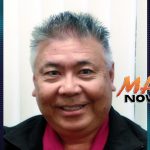 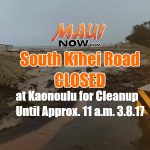 South Kīhei Road Closed near Kaonoulu for Cleanup Until 11 a.m.