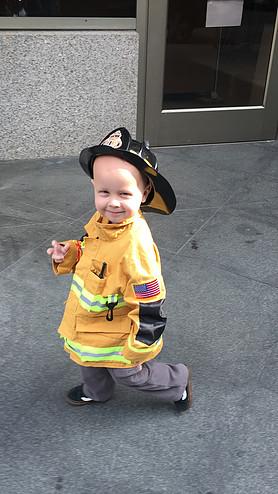 Trucker Dukes will be at a fundraiser on Sunday, Nov. 27 at Ono Gelato Kīhei. Courtesy photo.

Rep. Tulsi Gabbard (HI-02) spoke on the House floor today in memory of 3-year-old Trucker Dukes from Maui, who lost his life on Friday, March 3 after battling childhood cancer. Trucker’s spirit of resilience and open heart became an inspiration for people across the country after he was diagnosed with Neuroblastoma, a stage-four adrenal cancer, at 19 months old.

A celebration of life honoring Trucker will be held tomorrow morning, March 10, in Kīhei.

In her address, Rep. Gabbard said:

“Today, let us honor and recognize a young Maui boy whose life touched hearts around the world and whose legacy will live on through the millions that he inspired.

“Trucker Dukes was not quite four years old when he took his last breath this past Friday, after a painful battle with Stage-4 Neuroblastoma and two years of intense treatment.

“Trucker’s dad is a firefighter and—like father, like son—Trucker loved firetrucks. When Trucker went to New York for treatment, the New York Fire Department coordinated a very special 3rd birthday party celebration, and swore him in as an honorary firefighter.

“After Trucker passed away, his parents Shauna and Joshua shared this message: “If there’s one thing, I hope it is that you love a little harder, a little better. Go home, stop the craziness in your life and just kiss your loved ones more, tell them you love them more. None of us are promised tomorrow.” 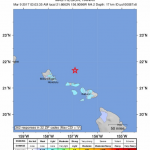