Westin Maui Promotes from Within for Executive Sous Chef

Jennifer (Jenn) Evetushick has been promoted to Executive Sous Chef at The Westin Maui Resort & Spa.

Evetushick joined The Westin Maui back in 2012 as Chef de Cuisine, and resort General Manager Tony Bruno says her promotion is in recognition of her exceptional talents. “Chef Jenn has continued to be the creative force in the resort’s culinary & banquet operations,” said Bruno. 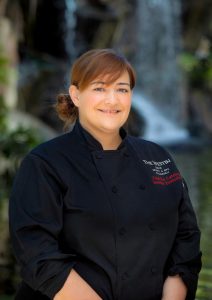 Jennifer Evetushick has been promoted to Executive Sous Chef at The Westin Maui Resort and Spa.
Photo Courtesy

In her new position, Chef Jenn will lead the culinary team comprising of 75 associates responsible for resort restaurants as well as banquet, catering and in-room dining operations.

Evetushick has more than 15 years of experience within the culinary industry; she is most passionate in promoting sustainable cuisine and enjoys being creative with the freshest farm-to-table, sea-to-table and island-inspired flavors.

Originally from Allentown, Pennsylvania, Chef Jenn attended the Art Institute of Philadelphia, School of Culinary Arts and was a recipient of the Outstanding Achievement Award in her graduating class.

She joined the famed Rittenhouse Hotel under their internship program to learn more about regional American cuisine and was later employed by master pastry chef Gunther Heiland at Desserts International. “His extraordinary skills was most definitely an influencing factor in my career path as I soon learned the importance of being organized, cooking and cleaning as well as catering to diverse clientele with different palates,” said Evetushick.

Prior to joining The Westin Maui Resort & Spa, she held positions such as Pastry Chef, Catering Chef and Executive Chef at Hali’imaile General Store. 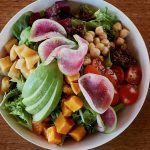 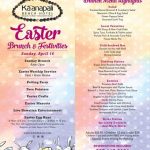