Eric was predeceased by his parents, John and Naomi Grove.
Private services will be held. Stanley was passionate about bowling. He was on the Baldwin High School Bowling team during his high school years and at the same time began coaching for the Aloha Lanes Junior Bowlers. After high school he went on to coach the Baldwin High School bowling team. He loved Hawaiian music, singing and sharing stories with his nieces and nephews. He truly loved his family and friends and was ready to help in any way he could. Camilla Rose Lanse, 65, of Makawao, Maui passed away on March 21, 2017 at Maui Memorial Medical Center. She was born on Sept. 7, 1951 in Lāna‘i City.
She worked as a Housekeeper Clerk for Royal Lahaina Resort for 46 years. Tony was a retired Leaderman Stevedore at Young Brothers, Ltd. He loved the ocean, fishing and diving. He also bowled for the Hawaiian League and was a retired usher at Christ the King Church. He loved being with his ‘ohana and going home to Hāna. He loved his plants and working with his hands. Hilario Jose Oandasan Sadumiano, 76, of Kailua-Kona, Hawaiʻi, was born in Paoay, Ilocos Norte Philippines on Oct. 21, 1940, and passed away on March 25, 2017 in Honolulu. Hilario did ground maintenance and janitorial work for the Kona Surf Resort and Keauhou Beach Hotel, United Laundry as a sorter, and Ganir & Co. commercial cleaning.

Kerston Phillip “KUTING” Barro, 36, of Kawaihae passed away on March 24, 2017. Born in Pahala, Hawai’i, he always had a great passion for singing, which he also starred in Hawai’i Stars and Hawaiian Idol. When he was not singing, he was an Ophthalmic Technician for Dr. Eugene Ng, CNA at North Hawai’i Community Hospital and a Private Care Taker.

Therezinha worked in maintenance for United Airlines. She also worked as a volunteer at the St. Anthony’s Dining Room, the Food Basket, the Food Bank in California, and Hospice of Kona Thrift Store.

She is survived by sons Robert “Bob” (Cynthia) Dixson of Kailua-Kona; Michael Thomas of San Jose, California; daughter Lorraine Dison of Sacramento, California; two grandchildren and two great-grandchildren.
A Celebration of Life is planned on April 4, 2017 at 4 p.m. to be held at the Regency of Kailua-Kona, 75-181 Hualalai Road. 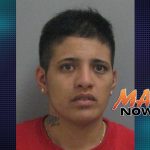 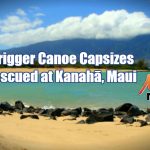