Congresswoman Tulsi Gabbard (HI-02) announced that her Maui Town Hall location has been moved to accommodate the growing number of attendees.

The previous venue, at the Maui Tropical Plantation had a maximum capacity of 250 people, and already had more than 400 Valley Isle residents who had RSVP’d for the event.

To accommodate the larger crowd, the Maui Town Hall meeting has been moved to the Maui Arts and Cultural Center’s Castle Theater, and will take place from 7:30 to 9 p.m. on Thursday, April 20, 2017.

The congresswoman’s Oʻahu meeting drew an estimated 500 constituents with an additional 25,000 tuning in via Facebook Live.

During the event, she explained the bills she has introduced and cosponsored that are aimed at benefitting Hawaiʻi families, and answered questions on a range of topics, including the threat of North Korea’s nuclear escalation, defeating terrorist groups like ISIS and al-Qaeda, and Trump’s recent attack on Syria.

Also of note, Gabbard last month made a public statement, urging Congress to pass bipartisan legislation to federally decriminalize marijuana.  Her Maui visit comes on 4/20—a date that has become associated in popular culture with smoking and celebrating cannabis.  The Maui Grown Therapies medical cannabis dispensary is ramping up for sales to start later this summer.

All other meeting locations on Congresswoman Tulsi Gabbard’s statewide Town Hall Tour during the April District Work Period remain unchanged at this time. To RSVP for one of the upcoming Town Halls, residents from the Second Congressional District are encouraged to sign up at gabbard.house.gov/townhall at least one day prior to the meeting date: 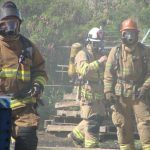