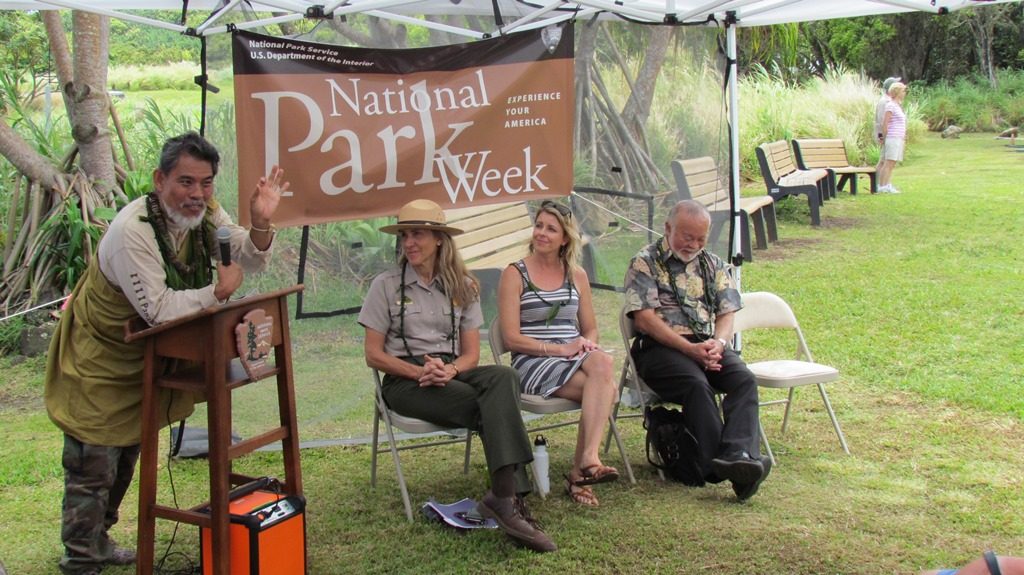 Dr. Kaneshiro reminisced about the challenges of the ground-breaking scientific exploration into the Upper Kīpahulu Valley 50 years ago. He told several stories including close encounters with feral pigs rooting around his tent in the middle of the night, his excitement at discovering previously undocumented fruit fly species, and of the important role played in the expedition by local community members such as the Lind family. 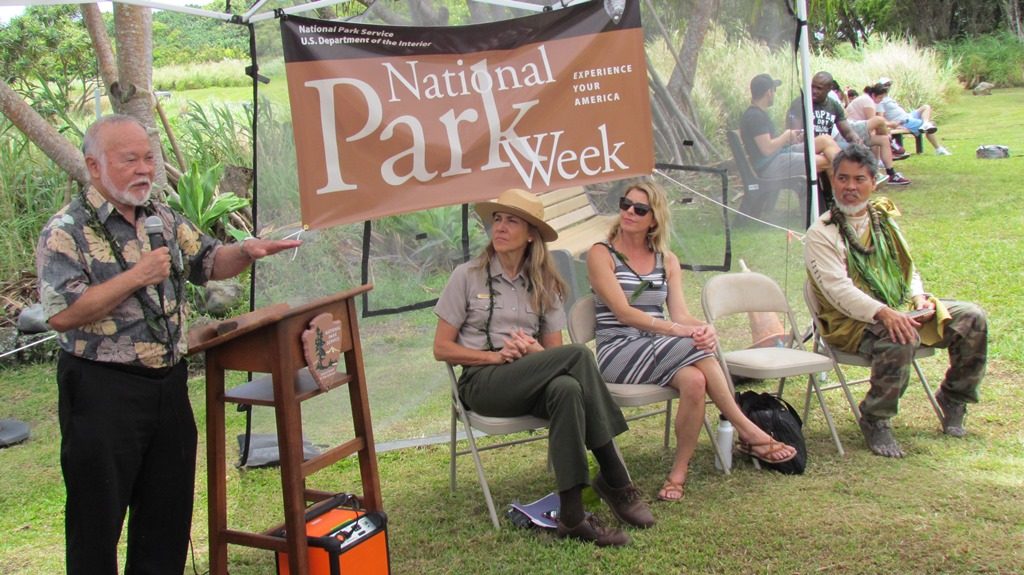 Dr. Kenneth Kaneshiro, who was on the original 1967 expedition

Dr. Gon shared memories of his time in the upper Kīpahulu Valley in the 1970s studying the Hawaiian happy face spider (nananana makakiʻi). When asked about his greatest memory from the Kīpahulu Valley, Dr. Gon said it was hard to pick just one. Then he fondly shared an encounter with a rare Maui parrotbill (kiwikiu) with the audience.

Both scientists spoke of the challenges the upper Kīpahulu Valley faces, such as the threats from non-native species.

Several speakers also addressed the need to protect native ecosystems by restricting human access and using science-based management. “Hawai’i has long been a place for understanding how species have adapted and survived in isolation. The Kīpahulu Valley rainforest was protected so that these natural processes could continue undisturbed,” said park Superintendent Natalie Gates.

To find more information about the 1967 Kīpahulu Expedition visit the park website.

The Kīpahulu Talk Story is one of several events being offered during National Park Week, April 15-23, 2017.

Weekend admission to all national parks is free during National Park Week; however, visitors wishing to view sunrise at Haleakalā between 3 a.m. and 7 a.m. must still make an online sunrise reservation and pay the $1.50 per car reservation fee at recreation.gov.

Ranger-led programs are being offered in both districts of the park. 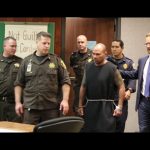