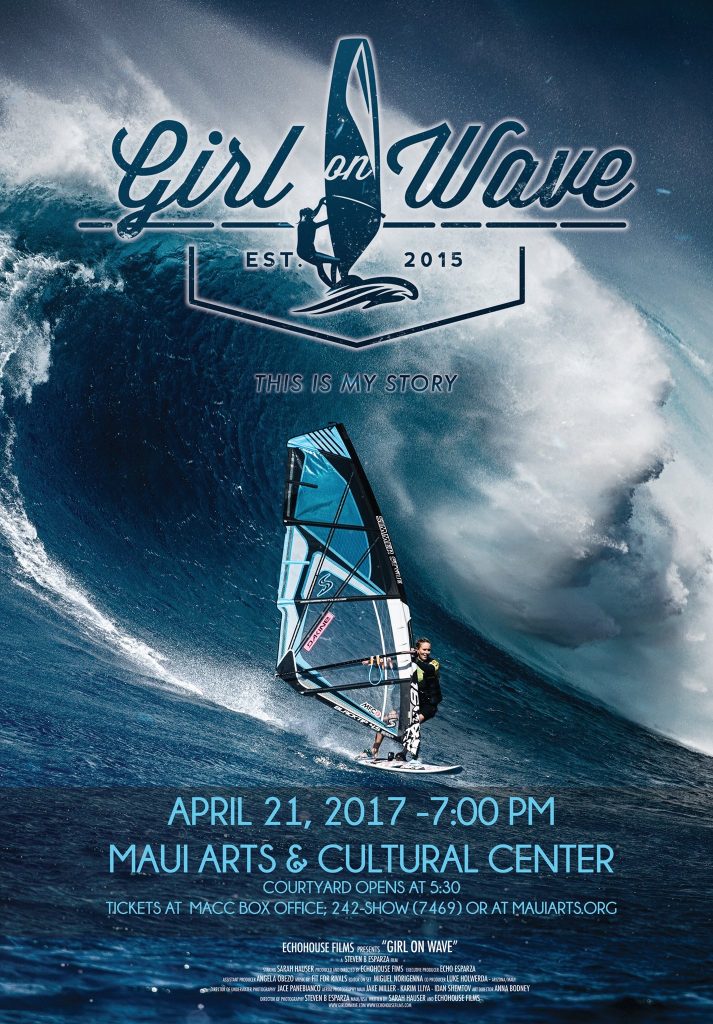 The official poster for Girl on Wave. Sarah windsurfing Pe’ahi.

On Friday April 21st, Professional Windsurfer Sarah Hauser will premiere her new film, Girl on Wave at the Maui Arts and Cultural Center. The film follows the twenty-seven year old’s journey as an athlete from New Caledonia competing on the American windsurfing stage, and her mission to ride some of the biggest waves on the planet.

Hauser said, “I hope Girl on Wave will give people a boost of motivation in their quest toward their dreams. I hope it will inspire people to nourish their passion no matter what path they chose in life, no matter their age or gender. And I hope it will help to reintroduce and revive windsurfing in America.” 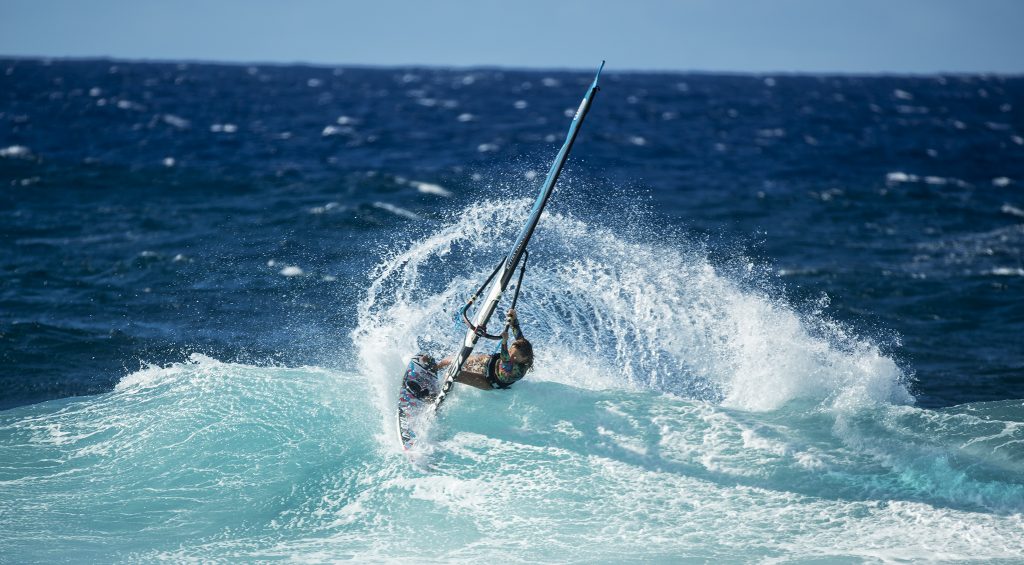 Hauser moved from New Caledonia to Maui at the age of 23 to pursue windsurfing. In her time on the island, she’s become the 2016 American Windsurfing Tour champion, 2016 Female Windsurfer of the Year and 2016 Aloha Classic Vice-Champion. She’s been working on this film over the past 15 months with producer Echo House Films. Together, they’ve created the first windsurfing film shot entirely in 5K resolution. Girl on Wave was shot on Maui, and features local mentors and community leaders who’ve helped Sarah realize her dreams.

Tickets are $12 and available at the MACC box office and online. For more information, visit girlonwave.com. 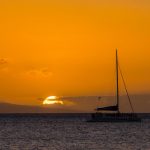 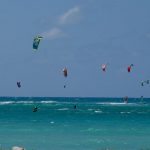