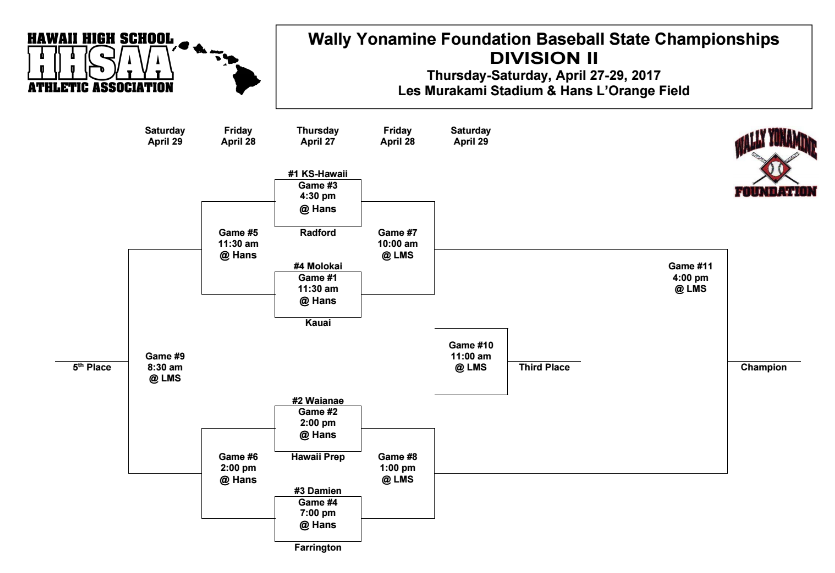 The Division II bracket of the Wally Yonamine Foundation/HHSAA Baseball State Championship has been released.

Winners advance to games at Les Murakami Stadium on Friday and Saturday.

The lone participating team from Maui County is the Molokaʻi Farmers. 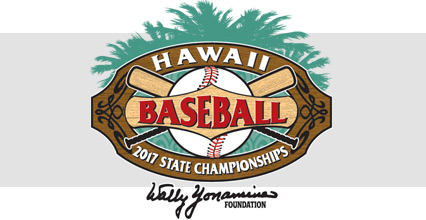 Other participating teams from across the state include: Waianae Seariders, Radford Rams and Farrington Governors from the OIA; Damien Monarchs from the ILH; Kamehameha-Hawaii Warriors and Hawaii Prep Ka Makani from the BIIF; and the Kauaʻi Red Raiders from the KIF. 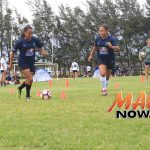 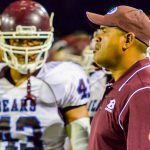