The 9th Annual “Brews & Food” event returns to the MACC on Saturday, May 13.

The popular Maui event will showcase over 80 craft brews from mainland and Hawai‘i-based breweries, as well as a wide range of food offerings from some of Maui’s favorite chefs, caterers and food purveyors.

This year 44 breweries will participate in the event, the largest number ever, including 13 from Hawai‘i. All the breweries were carefully selected due to their commitment to making craft beer with an emphasis on quality, flavor and locally sourced ingredients.

This year’s local breweries include:

Mainland breweries at the event:

Food is included in the ticket price and attendees can enjoy ono grinds from 26 local restaurants and caterers including:

This year’s festival also includes live entertainment from the duo Brian & Meryl, Riddum Station, a seven-piece band that plays local-style reggae funk and cover songs followed by headliner Shea Butter and The Cream, who offers a fusion of funk, rock, hip-hop and soul.

Due to a newly instituted Maui County amendment, prices of this year’s tickets and brew tastings included were adjusted from past years. VIP tickets are available at $95 and General Admission tickets are available for $45 and both will include two 4-oz pours. Per county regulation, additional brew tastes will be available via scrip on the day of the event for $3 per 4 oz. pour. Scrip purchases are cash only, there will be no ATM on site.

All food offered at the event is included in the price of admission.

Tickets purchased the day of the vent will be $55 for General Admission. Designated driver tickets are available for $45 in advance and $55 the day of and include all food and entertainment options.

VIP Tickets include early entry at 2 p.m. for “Happy Hour” until 3:30 p.m., with exclusive access to rare beer tastings offered in different locations spread throughout the entire event along with a beer caddy lanyard.

All tickets include two 4 oz. beer tastings, a commemorative glass for beer sampling, food, and parking.

Guests can also enter to win prizes donated by the participating breweries, restaurants and the MACC.

The event is open to adults 21 years and over with a current valid Photo ID.

To purchase, visit or call the MACC Box Office at 242-SHOW or click here. 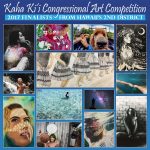 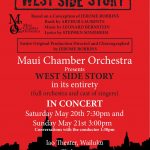