Maui firefighters responded to a report of smoke coming from the middle of a fallow sugar cane field on the Pāʻia side of Haleakalā Highway at around 2:36 p.m. on Wednesday, June 7, 2017.

A Kahului engine company and water tanker arrived at 2:55 p.m. to find a quarter-acre of grass and fallow sugar cane burning along a ditch on North Firebreak Road, about a half-mile north of Haleakalā Highway.

Maui Fire Services Chief Edward Taomoto said the fire was ruled accidental and was caused by a downed electrical power line. The top section of a wooden power pole with power lines still attached was found broken off and lying on the ground where the fire was believed to have started.

Crews brought the fire under control at 3:05 p.m. and called it extinguished at 4:08 p.m. No structures were threatened. 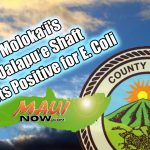 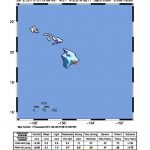