Native Hawaiian waterman Malama Chun of Maui filed a petition with the state Board of Land and Natural Resources on April 12, 2017, challenging the DLNR Division of Aquatic Resources’ practice of issuing licenses to foreign fisherman who have been refused permission to land in Hawai’i by US authorities and have been ordered deported.

Attorneys for Chun say the BLNR denied the petition seeking to stop the state from issuing commercial fishing licenses to non-resident fishermen who are confined to boats at Honolulu and Hilo harbors when at port.

The complaint was filed on the heels of an Associated Press story published last year, reporting squalor-like living conditions, lack of sufficient food, and instances of human trafficking in a story entitled, “Hawaiian seafood caught by foreign crews confined on boats.”

Chun’s attorney, Lance D. Collins on Maui argued that the board “refused to address the substantive issue,” and further argued that the Board did not hold a public hearing to deny the matter.

In a press release statement, Chun said, “The situation is bad for these fishermen and its bad for Hawaiʻi’s people.”

Collins called the Board’s claim that Chun has no interest in the matter “erroneous” and “absurd,” and said he would be appealing the decision to the Environmental Court.

Dan Dennison, Senior Communications Manager with the Hawaiʻi Dept. of Land and Natural Resources responded to our request for comment saying, “The concerns being raised regarding wages and working conditions on the long line vessels in Hawaii (or anywhere else) are labor issues and should be addressed by agencies who have authority and responsibility for dealing with such issues. DLNR issues Commercial Marine Licenses (CMLs) solely for the purpose of knowing who is fishing commercially and collecting catch data that is used for fisheries management purposes. As such, we support the Board’s decision to deny the petition demanding that DLNR stop issuing CMLs to foreign long line fishermen who, under federal law, have authority to fish within the EEZ as long as their vessel is registered in the US and their captain is a U.S. citizen. If there are problems with wages and working conditions on board these vessels, they should be dealt with by appropriate agencies, not DLNR.” 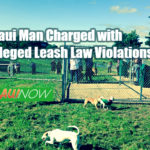 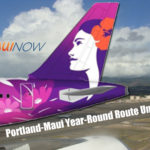