Honolulu Mayor Kirk Caldwell passed the Distracted Walking Law last week, which makes it illegal to step out onto an intersection while looking at an electronic device.

It is now illegal to look at an electronic device while in a crosswalk in Honolulu. Maui Now Photo

The law does allow for talking on a cellphone or listening to music while crossing the street, however, at no time should a pedestrian look down at a device while in a crosswalk. The only exception to the rule is if a person is making a 911 emergency call.

The new law will go into effect on Oct. 25, and Honolulu police will begin informing pedestrians for the next three months so everyone, including visitors, are aware.

“Sometimes I wish there were laws we did not have to pass, that perhaps common sense would prevail,” Mayor Caldwell said at the bill-signing ceremony, according to CNN. “But sometimes we lack common sense.”

The fine for distracted walking will increase with the number of infractions within a year. A first time offender can be charged between $15-35, if caught again the fee will increase to $35-75, and if caught for a third time, it could cost up to $99.

According to the National Safety Council, distracted walking injuries involving cell phones accounted for an estimated 11,101 injuries between 2000 and 2011, making it a significant safety threat.

Honolulu is the first major US city to put the law into effect. A town in New Jersey banned texting and walking five years ago. 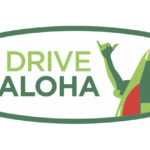 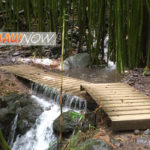