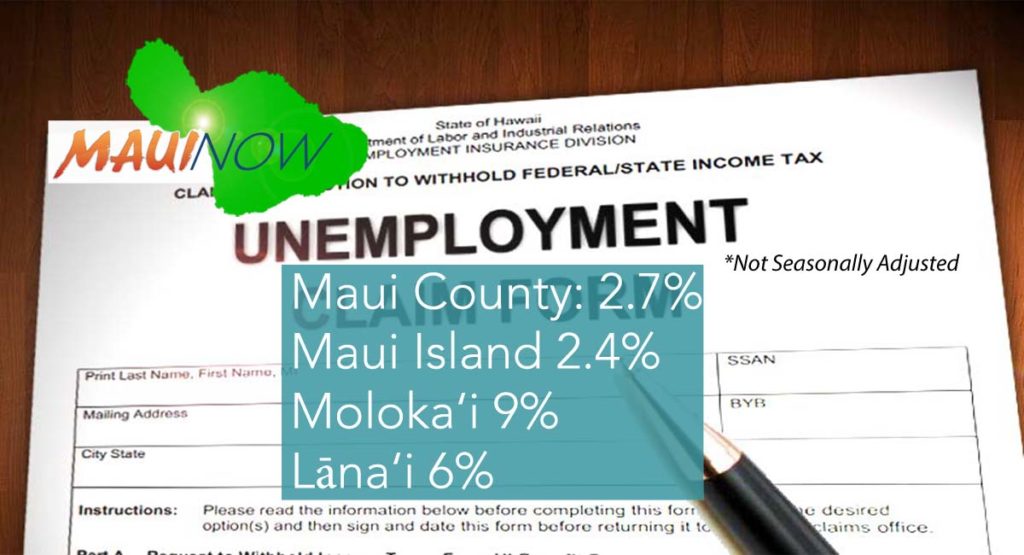 Maui County’s 2.7% unemployment rate for July was down from June’s 3.4% rate, and also down from the 3.3% rate reported at the same time last year. The new data was released today by the state Department of Labor and Industrial Relations.

Unemployment rates in Maui County were down on all islands from month before levels.

The Island of Maui in Maui County recorded a 2.4% unemployment rate in July 2017, down from the 3.2% rate recorded in June, and the 3.1% rate reported last year.

Molokaʻi continued to have the state’s highest unemployment rate of 9%–down from the 11.2% rate in June, but up from the 8.4% rate recorded at the same time last year.

The Hawaiʻi State Department of Labor & Industrial Relations today announced that the seasonally adjusted unemployment rate for July was 2.7%, compared to the revised rate for June of 2.8%.

“Hawaiʻi’s economy continues to maintain a low 2.8% average unemployment rate for the first seven months of this year compared to 3% in 2016,” said Linda Chu Takayama, Director of the state Department of Labor and Industrial Relations. Nationally, the seasonally adjusted unemployment rate was 4.3% in July, compared to 4.4% in June.

According to the new data, there were 674,450 employed and 18,650 unemployed individuals in the state in July, which combines for a total seasonally adjusted labor force of 693,100. 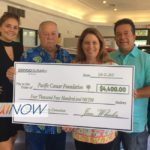 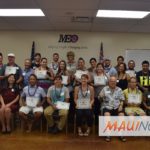