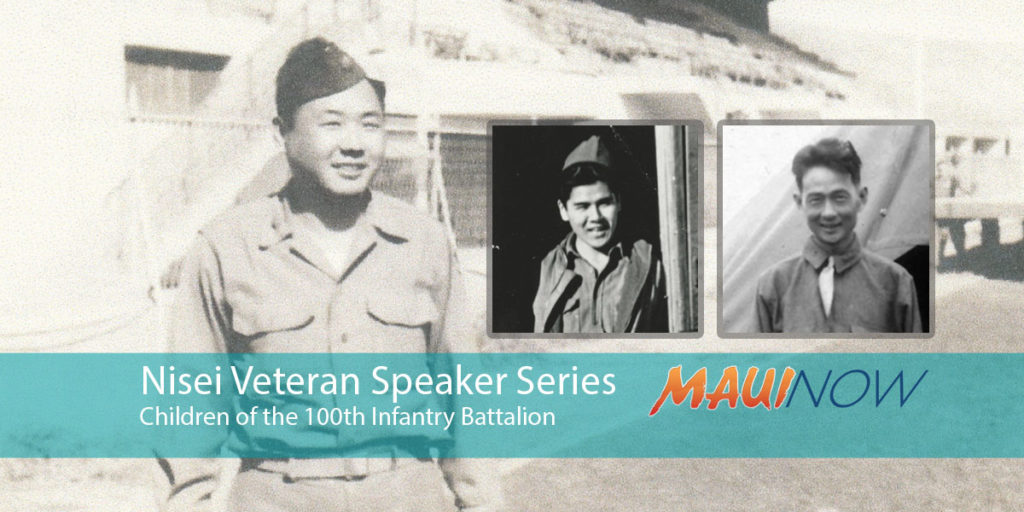 The talk will feature three children of 100th Infantry Battalion veterans, discussing how they came to learn about their fathers’ roles in this storied World War II unit, and the impact it has had on their own lives.

The event is free and open to the public, but reservations are required.

The talk will be followed by the premier of Phase 2 of NVMC’s exhibit “One Puka-Puka: The Purple Heart Battalion.”

Speakers include the following:

Lloyd Kitaoka spent his formative and high school years on Maui while his father, Takashi Kitaoka, was serving on the bench of the Second Circuit Court, the first circuit court judge from a neighbor island. His father, “Kit” Kitaoka was born in Hana and earned a law degree from Baylor Law School before being drafted into the US Army as a staff sergeant into the 100th Infantry Battalion.

Jill Izumigawa-Ross was born in Hilo and raised on Maui while her father, Stanley Izumigawa, was serving as an elementary school principal. Stanley Izumigawa volunteered for service right out of Lahainaluna High School in 1943 and was part of the first wave of replacements from the 442nd RCT to join the 100th IFB after Monte Cassino.

David Fukuda was raised on Oahu and moved to Maui to raise his family 44 years ago. His father, Mitsuyoshi Fukuda, was the only Nisei commanding officer of the 100th Infantry Battalion, and returned to Hawaii to later become the first Asian VP of a “Big Five” company. David, who retired as a high school teacher on Maui, has been an active volunteer with the Nisei Veterans Memorial Center and is presently serving on its board of directors.

NVMC’s mission is to ignite the potential in people by inspiring them to find the hero in themselves through the legacy of the Nisei Veterans. The Nisei Veterans Memorial Center is a non-profit organization that aspires to a world where people act selflessly for the greater good. NVMC owns and manages an intergenerational campus on Go For Broke Place in Kahului that serves as a home for Kansha Preschool, Maui Adult Day Care Center’s Oceanview facility, the Stanley Izumigawa Pavilion and the NVMC Education Center. 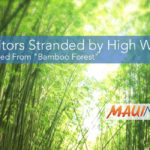 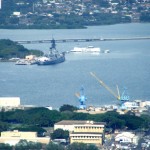