The Hawaiʻi Supreme Court on Friday rejected a request by Waikiki apartment and condominium owners to order the State of Hawaiʻi to pay for repairs to a damaged seawall, or for the owners’ attorney fees after 10 years of litigation, Attorney General Doug Chin announced today.

The case, Gold Coast Neighborhood Association v. State of Hawaiʻi, was initiated in 2007 by private individuals owning property situated on what is known as the “Gold Coast” on Oʻahu. Friday’s decision by the Hawaiʻi Supreme Court ends the case.

The owners sued the state to repair seawalls built by private parties to protect private property from erosion and wave damage. The Supreme Court ruled the state holds an easement over the seawalls and is not liable for attorneys’ fees.

Attorney General Chin said, “We are pleased the Court affirmed our position that the courts are not the proper place to decide how taxpayer money is spent. The State will repair the seawalls if and only if money to do so is appropriated by the state legislature and allocated by the governor.”

The State of Hawaiʻi was represented internally at all stages of the litigation. Supervising Deputy Attorney General Bill Wynhoff tried the case in circuit court and argued the State’s case in both the Intermediate Court of Appeals and the Supreme Court. The private owners were represented by the firm McCorriston Miller Mukai McKinnon LLP. 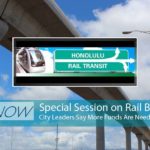 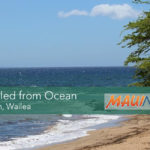