A Global Entry pilot program was launched today with Japan, allowing up to 1,500 Japanese citizens expedited screenings, including TSA PreCheck privileges, who are visiting the US. 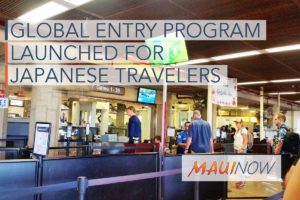 The pilot program allows Japanese citizens, as determined by the Government of Japan and US Customs and Border Protection, who have received a promotional code to apply for Global Entry. The Global Entry Program allows expedited screening for trusted travelers visiting the United States.

According to the Hawai‘i Tourism Authority, nearly 1.5 million Japanese citizens visited Hawai‘i in 2016 — spending over $1 billion in the state’s economy and supporting over 26,000 jobs.

The US Commerce Department estimates nearly 3.6 million Japanese citizens visited the United States in 2016 and spent $16 billion, making Japan the fourth largest market for US travel and tourism exports.

“As the Hawaiian Island’s largest international source market of visitors, this decision is welcome news for our tourism industry and will further strengthen the strong cultural bond Hawai‘i already enjoys with Japan,” said George D. Szigeti, president and CEO of the Hawai‘i Tourism Authority. “The addition of Japan to this program will make it more enjoyable and convenient for Japanese residents to visit the Aloha State on leisure and business.”

The US operates full Global Entry partnerships with the following countries: South Korea, the Netherlands, Panama, Germany, Singapore, the United Kingdom, Colombia, Switzerland, Argentina, and India. Canadian citizens are eligible for the Global Entry benefit via membership in the Nexus program. 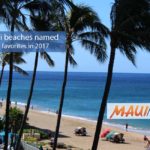 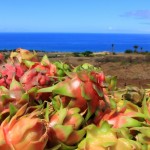