Finance Director to Step Down at End of September 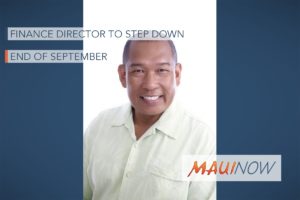 Citing personal reasons, Agsalog said “It is time for me to dedicate more attention to my family. My mother passed away recently and the position of Director of Finance needs someone who can dedicate 100% of their effort to operate the county efficiently.”

Director Agsalog was appointed to run the Finance Department in 2011 and under his leadership Maui County’s credit rating has consistently been rated AA+, the highest in the state. Last month Moody and Fitch reaffirmed that AA+ rating for 2017.

“I want to thank Mayor Arakawa for the privilege of serving his administration and the people of the County of Maui, it has truly been an honor to have this rare opportunity.”

Deputy Finance Director Mark Walker will serve as director upon Agsalog’s departure. Any new appointee to the position must first be confirmed by the county council.

“It is with a heavy heart that I say goodbye to Danny because he is truly dedicated to public service,” said Mayor Alan Arakawa. “But we all understand the hardships he is going through and we wish he and his family nothing but the best.” 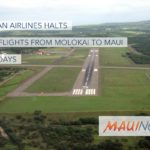 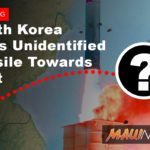