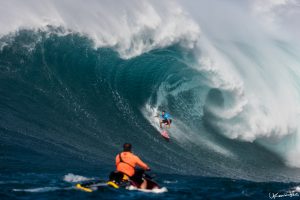 Now through Feb. 28, 2018, the world’s best big wave surfers will prepare to take on three of the most challenging big wave breaks on the planet, Nazaré in Portugal, Peʻahi on Maui, and Mavericks in California.

The start date for the competition window for the Mavericks event -along with a traditional opening ceremony- will be set following the coordination with governmental agencies involved with the production of the event. The WSL’s acquisition of the permit for the contest was finalized last week.

“We are excited to get the Big Wave Tour back underway with the winter season,” said Mike Parsons, WSL BWT Commissioner. “We have the window for Nazaré and Peʻahi opening today and are working diligently with all agencies to finalize details for Mavericks. We appreciate the ongoing support from the local community, and we anticipate a great season and epic conditions for the world’s best big wave surfers.”

The Northern Hemisphere season will welcome back the Women’s Peʻahi Challenge for its second year. A decorated lineup of the leading big wave surfers has been invited to compete at the famed break in Haʻikū, Maui.

The world’s best female big wave surfers will also have the opportunity to compete at Mavericks this upcoming season. The WSL Commissioner’s Office will work with a committee made up of Mavericks surfing icons to select six of the best female big wave surfers. The committee will consider performance results from the 2016 WSL Big Wave Awards, experience surfing at Mavericks, and overall big wave experience at all big wave locations around the world.

The men’s division for the Northern Hemisphere events will consist of a 24-man field, comprised of the Top 10 finishers of the 2016/2017 BWT season, six event wildcards, three BWT wildcards, one injury wildcard, and the Top 4 Surfline Overall Performance of the Year Award recipients.

The six event wildcards for the Mavericks Challenge will be selected by a committee made up of Mavericks legends and experts.

Mitchell, the 2016 and inaugural Nazaré Challenge winner, will look to defend his event title in Portugal. Maui’s Kemper has dominated the Peʻahi Challenge since its introduction to the WSL Big Wave Tour and will look for his third-consecutive win at Jaws.

WSL Big Wave Tour officials will monitor swell producing storms for the next four-and-a-half months and watch for the conditions that will produce waves in the 30-to-60-foot range. Once the call is made, competitors will have 72 hours notice to be ready to compete. 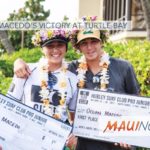 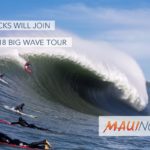