Motorists Urged to Slow Down During Nēnē Breeding Season

Motorists on Maui are reminded to slow down and drive carefully in areas where the endangered nēnē goose is known to frequent. 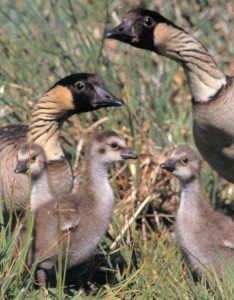 Park officials say that during breeding season, the birds are more active along Crater Road and in the Haleakalā National Park grounds.

“Because the road bisects native shrubland, where nēnē feed and nest, the birds are especially vulnerable to being killed by cars,” HNP says.

To protect the nēnē, which are found in Hawaiʻi and nowhere else on earth, park staff have installed traffic calming devices, as well as signs and radar devices to warn people about driving at high speeds.

“Slowing down and driving carefully are the most important actions visitors and local drivers can take to help this species,” said park superintendent Natalie Gates. “This is especially true on cloudy days, at dawn or dusk, or in other low light conditions.” She added, “We need everyone’s help to protect the nēnē.”

Fences have also been installed near the Visitor Center, where nesting pairs are often seen, to keep birds off the road.

Multi-lingual “Slow Down for Nēnē” posters are being distributed to rental car agencies on Maui, through an outreach program now in its fourth year.

Park visitors also get a free card that lists ways to protect the endangered birds. 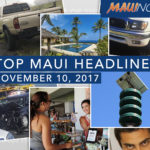 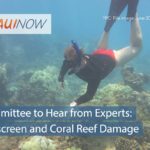