Members of Baldwin High School’s SADD and PEP programs have teamed up with MPD for the last three years to spread awareness of the dangers of drunk driving.

Students could be seen sign waving and peering into cars looking to see if drivers were intoxicated.

“We’re doing this because SADD represents Students Against Destructive Decisions, so we’re advocates against drunk driving,” said Princess Taganap, 17, Vice President of the Baldwin High School SADD program. “I like seeing my classmates sign waving and advocating for something that’s important and safe.” 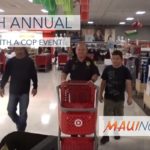 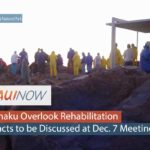