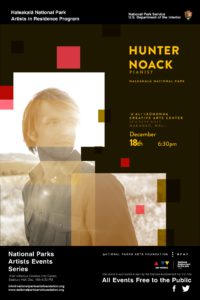 Noack is currently spending the month of December working and composing music as the Artist in Residence at Haleakalā National Park and will perform music inspired by the volcanic wonderland.

“We are pleased to partner with the National Parks Arts Foundation and Mr. Noack as he experiences the beauty, solitude, and wilderness that has inspired generations of artists who have explored Haleakalā,” said superintendent Natalie Gates.

“To have silence and space to create is a very special gift that the NPS and National Parks Arts Foundation have offered,” the artist commented.

Noack is known for his expressive performances of Liszt and other demanding classical and modern pieces. Noack plans to work on a composition during his residency, which he sees as a unique opportunity for artists like himself to work onsite and in context with traditions that inspire all.

Originally from Oregon, Noack grew up in the outdoors and says he still feels a strong draw to the power of landscape.

“After living in cities for 10 years (San Francisco, Los Angeles, and London), I moved back to green Oregon. I had forgotten how much I loved being outside. I wanted to combine the two things I love most: classical music and the outdoors,” he said.

Noack says he recognized that outdoor concerts are noisy, amplified productions, with drifting sound and uncontrolled echoes. “I applied for a grant to test my idea and presented nine concerts at historic sites, public parks, and WPA project sites,” he explained.

In the late 60s, a group of American artists began to take their works out into the world, often creating large scale art that commented on the commercialization of the art market, as well as the increasing marketing of and despoiling of landscape itself. This movement was known as “land art.”

Noack works much in the same iconoclastic spirit, by taking challenging piano repertoire to the wild and integrating it to various acoustical spaces, in a series of performances he calls “In a Landscape,” after the famous piece by John Cage, whose ideas about art were also an influence on the original land artists.

Noack says the important thing for him is that the elements and sounds found at the various sites work their way into the non-amplified performance.

“If a breeze came through the trees, we all felt it,” he said. “Natural events felt imbued with meaning. If a flock of birds flew overhead, it seemed as if it were part of the music, which heightened the sense of urgency –these little happenings make us all feel present.”

The National Parks Arts Foundation is a 501(c)3 non-profit dedicated to the promotion of the National Parks through creating dynamic opportunities for artworks that are based in our natural and historic heritage. 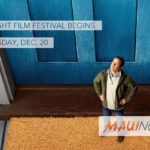 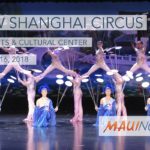