Ask the Mayor: Can Fireworks on Maui Be Prohibited Altogether? 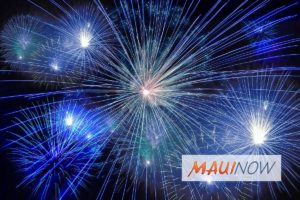 Q: There seems to be an increase in the number of illegal fireworks being lit off this past New Year’s Eve. I am also concerned about the nights leading up to New Year’s Eve. People are setting them off throughout the night making it hard to sleep, especially when we have to go to work the next day. Can we have all fireworks outlawed, since people can’t respect the rest of the community? Something needs to be done.

A: While you might be in favor of a total ban on fireworks, there would likely be others in our community who would be opposed to such a measure.

Currently, the use of aerial fireworks is illegal without the acquisition of a proper use permit and a trained pyrotechnic technician.

Non-aerial fireworks are also illegal if they are not set off within the allowed periods for use or without an approved permit for use outside the allowed use-periods.

The Maui Police Department has informed us that their officers have given out warnings and citations, but in many cases it is hard to determine where aerials are being launched from unless you catch  them in that act or have witnesses willing to accuse their own neighbors.

The most likely way the fireworks are arriving on Maui is by shipping them in unmarked containers or through undeclared mail, both of which are illegal and dangerous. 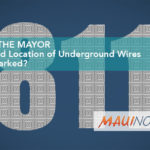 Ask the Mayor: Should Location of Underground Wires Be Marked? 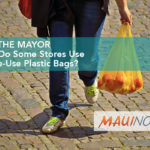 Ask the Mayor: Why Do Some Stores Use Single-Use Plastic Bags?