Federal Communications Commission Chairman Ajit Pai today released information relating to yesterday’s false emergency alert indicating there was an imminent missile attack.  The message was broadcast to the homes and cellphones of the residents of Hawaiʻi using the Emergency Alert System and Wireless Emergency Alerts. 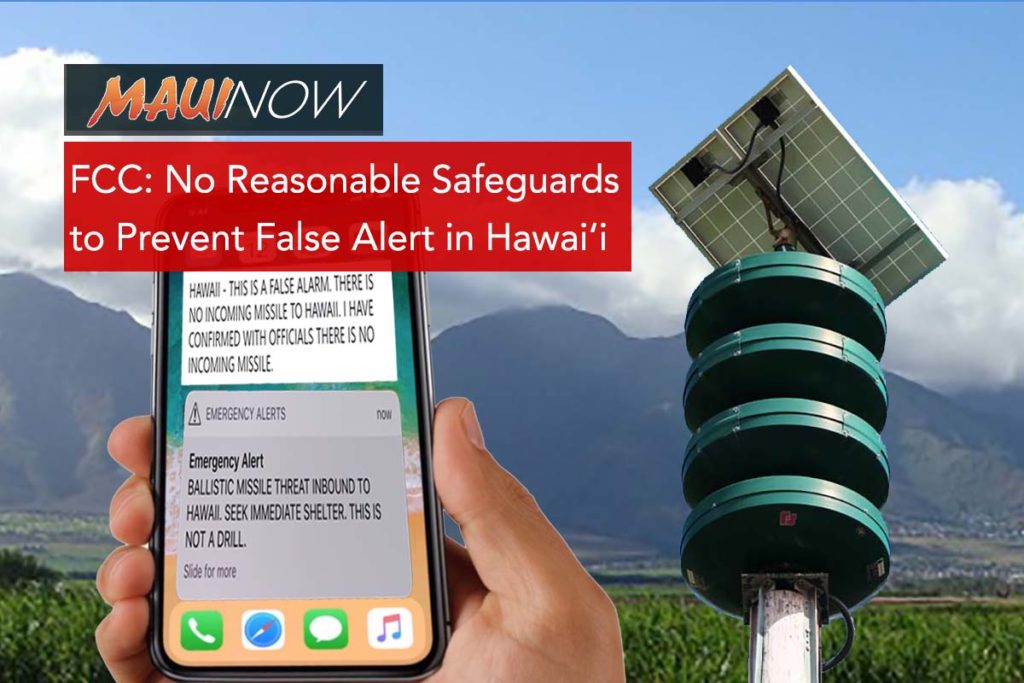 On Saturday, Jan. 13, 2018 at 8:07 a.m., many Hawaiʻi cell phones carried the alert which read: “Emergency Alert: BALLISTIC MISSILE THREAT INBOUND TO HAWAII. SEEK IMMEDIATE SHELTER. THIS IS NOT A DRILL.”

It took approximately 38 minutes for Emergency Managers to send a subsequent emergency alert to confirm the initial message was a false alarm.

“It caused a wave of panic across the state—worsened by the 38-minute delay before a correction alert was issued. Moreover, false alerts undermine public confidence in the alerting system and thus reduce their effectiveness during real emergencies,” said Pai.

“The FCC’s investigation into this incident is well underway. We have been in close contact with federal and state officials, gathering the facts about how this false alert was issued. Based on the information we have collected so far, it appears that the government of Hawaiʻi did not have reasonable safeguards or process controls in place to prevent the transmission of a false alert,” Pai said.

He continued saying that moving forward, the FCC will focus on what steps need to be taken to prevent a similar incident from happening again.  “Federal, state, and local officials throughout the country need to work together to identify any vulnerabilities to false alerts and do what’s necessary to fix them. We also must ensure that corrections are issued immediately in the event that a false alert does go out.”

In the moments following the false alert, Congresswoman Tulsi Gabbard Tweeted a message at 8:19 a.m. on Saturday saying the emergency alert was confirmed to be false.  She followed that with a series of Tweets on the subject at 11:21 a.m. saying she was angry at what had transpired and wanted the Trump administration to take action to de-escalate tensions with North Korea.

“The people of Hawaiʻi just got a sense of the stark reality of what a nuclear strike on Hawaiʻi would be. Cell phones all across Hawaiʻi got a message saying a ballistic missile is incoming, take shelter.”

“Over a million of Hawaiʻi’s people were faced with the immediate reality of having 15 minutes to find a place to “take shelter,” wondering where do I go? What shelter is going to protect me & my family from a nuclear bomb?! But there’s nowhere to go, nowhere to hide.”

“The people of Hawaiʻi experienced that in 15 minutes they and their families are going to be dead. Gone. That’s what they just went through.”

“Everyone in America needs to understand that if you had to go through this, you would be as angry as I am – I have been talking about the seriousness of this threat for years.”

“Our leaders have failed us for decades, refused to take this threat seriously and prevent a nuclear North Korea, and the people of Hawaiʻi are now paying the price.”

“Donald Trump is taking too long. Now is not the time for posturing. He must take this threat seriously and begin direct talks with North Korea, without preconditions, to de-escalate and denuclearize the Korean peninsula. There is no time to waste.”

“The people of Hawaiʻi should never have had to go through this. The people of America should not be faced with this threat right now. We need peace – not political bickering. We have to talk to North Korea and find a peaceful path to get rid of this nuclear threat.”

When the people of Hawaiʻi got this message yesterday, they were literally going through this feeling of "I've got minutes to find my loved ones, to say my last goodbyes, to figure out where could I possibly find shelter that would protect me from a nuclear attack." pic.twitter.com/5Qb7OteSpP

Today, US Senator Brian Schatz (D-Hawai‘i), lead Democrat on the Senate Subcommittee on Communications, Technology, Innovation, and the Internet, released a statement on yesterday’s false emergency alert in Hawai‘i saying:

“There is no excuse for yesterday’s false alarm and the failure to quickly correct it. It terrified residents and visitors, and it undermined our ability to notify the public in a real emergency.

“This incident exposed serious weaknesses in our state’s emergency alert system that must be fixed. That’s why I’m working closely with the FCC, including Chairman Ajit Pai and Commissioner Jessica Rosenworcel, to investigate the incident, identify vulnerabilities in our system, and develop solutions and best practices for the federal government, states, and municipalities to make sure this never happens again. This system failed miserably.  We need to improve it, and get it right.”

"They don't understand how bad this was … one person was in a position to make a human error and send more than a million and a half people into a tail spin and it took 38 minutes to correct."- Hawaii Senator @brianschatz on false missile alert https://t.co/4ta4NF4SKN

US Senator Mazie Hirono and Rep. Colleen Hanabusa also took to Twitter, re-Tweeting a Hawaiʻi Emergency Management Agency correction that: there was “NO missile threat to Hawaiʻi.”

Sen. Hirono followed that up with another Tweet at 8:52 a.m. saying: “Today’s alert was a false alarm. At a time of heightened tensions, we need to make sure all information released to the community is accurate. We need to get to the bottom of what happened and make sure it never happens again.”

“We need to understand how a serious error like this happened because people react to protect their families, especially in Hawaii where we live with the reality of a nuclear threat across the Pacific. The panic and fear created by this false alarm was very dangerous.”

“A thorough, impartial investigation at the state and federal level, must be conducted, immediately. I will be asking my colleagues on the @HASCDemocrats @HASCRepublicans to look into how Hawaiʻi can improve our notification system and how better to work with @PacificCommand”

“For 38 minutes the international community and the people of Hawaii had no idea whether or not an adversary of the United States had launched a ballistic missile at our state which is also home to @PacificCommand A scary moment for national security.”

On Sunday afternoon, Jan. 14, Gov. David Ige issued a message to the residents and visitors of Hawaiʻi saying the following:

On Saturday, Hawai‘i’s residents and visitors experienced an unfortunate situation that has never happened before and will never happen again – a false alert issued by the Hawai‘i Emergency Management Agency that a ballistic missile was on its way to the Hawaiian Islands.

“On behalf of the State of Hawai‘i, I deeply apologize for this false alert that created stress, anxiety and fear of a crisis in our residents and guests.

I can personally assure each and every resident and visitor that steps have already been taken by the Hawai‘i Emergency Management Agency to ensure that a situation of this type never happens again.

The Hawai‘i Emergency Management Agency is committed to protecting the people of Hawai‘i, and over the past year it has been taking responsible measures to prepare for the highly unlikely event of a missile attack. As a state government, we must learn from this unfortunate error and continue to prepare for any safety threat to Hawai‘i’s residents and visitors – whether it is a man-made threat or a natural disaster such as a hurricane or tsunami.

In the next few days, I will continue meeting with our emergency preparedness team and personally talking with families, individuals and leaders from around our state to ensure we reach every household. We must also do what we can to demand peace and a de-escalation of tensions with North Korea.

Again, on behalf of the State of Hawai‘i, I apologize for yesterday’s events and any hardship and inconvenience this created for you, your family and loved ones.”

A timeline of events, as well as video from yesterday’s HI-EMA press conference, the reasoning behind the mistake, and remarks by Tourism officials on potential impacts was covered by our Maui Now team yesterday. 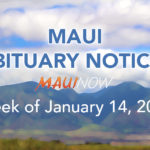 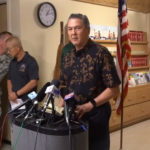