The coalition filed a petition for review in the US Court of Appeals for the DC Circuit, formally commencing the lawsuit against the FCC and the federal government.

Attorney General Chin said, “Big business must not be deciding what people in Hawaiʻi can access on the Internet and how easily we can access it. This lawsuit challenges the rushed attempt, riddled with irregularities, by the Trump Administration to rollback net neutrality.”

According to AG Chin, the repeal of net neutrality would have “dire consequences” for consumers and businesses in Hawaiʻi and across the country that rely on a free and open internet – allowing internet service providers to block certain content, charge consumers more to access certain sites, and throttle or slow the quality of content from content providers that don’t pay more.

AG Chin states that under the Administrative Procedure Act, the FCC cannot make “arbitrary and capricious” changes to existing policies, such as net neutrality.

He claims the FCC’s new rule “fails to justify the Commission’s departure from its long-standing policy and practice of defending net neutrality, while misinterpreting and disregarding critical record evidence on industry practices and harm to consumers and businesses.”

“Moreover,” he said, “the rule wrongly reclassifies broadband internet as a Title I information service, rather than a Title II telecommunications service, based on an erroneous and unreasonable interpretation of the Telecommunications Act. Finally, the rule improperly and unlawfully includes sweeping preemption of state and local laws.” 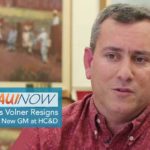 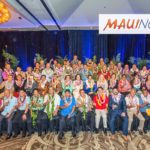